Advertise with Us
Home News Community News The OFC project 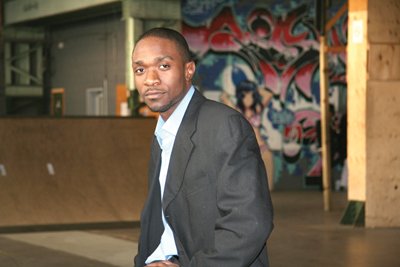 After many years as a casual observer of the community into which he was born, Pharaoh Freeman finally stopped and took stock when his second child was born.
“At that point I had two children and started thinking about their future, so naturally I looked at the community that was going to have the greatest influence on their lives, the Black community… I didn’t like what I saw,” he says.
Freeman says he realized that the Black community didn’t have the infrastructure to help itself, which scared him because of the glaring deficiencies that have come to define our community.
Instinctively, he said, he set about trying to do something about it.
From that mindset came One Full Circle (OFC), an organization with an over-riding mission to unite the English and French speaking sectors of the Black community to support the development of businesses, to strengthen families and encourage youth.
The organization, established three years ago, has evolved into a loose network of individuals, businesses and other community groups, all committed to the cause.
However, according to Pharaoh, OFC has made education one of its primary focuses because of what he describes as the negative impact of years of mis-education on Black youth.
“So many of them have no clue about their history or culture, and we see them following trends and falling for gimmicks.”
Every two weeks or so, OFC hosts a documentary-viewing evening with emphasis on promoting the history of Africans before slavery, economic empowerment and community development.
A highlight of those sessions is the discussion around the highly popular Hidden Colors documentary, a comprehensive series that traces the contributions of people of African descent and other marginalized groups.
Pharaoh says over the past three years he’s finding that the biggest stumbling block to progress among people of African descent in Montreal has been the deficiencies in the community organizations that serve us.
“We’re meeting individuals who are giving us a lot of negative feedback about the service they are receiving from these organizations,” he says. “In fact, it’s more like what they are not receiving.”
He added: “sadly, there is so much need in our community that we have to hold these organizations accountable for the services that they are promising to deliver.“
In response to this crisis of service, Pharaoh is positioning OFC to provide support for organizations and individuals in an effort to fast-pace community development initiatives.
He says he has a corps of volunteers that can assist community organizations facing staff shortages, and at the OFC office they have resources to help families with food weekly baskets, clothes and other supplies as needed.
And they are also building a network of businesses and entrepreneurs whom he says stand to benefit from their initiative to encourage members and others to recyle their dollars in the community.
“We’re not trying to be just another organization delivering services, instead we are more about community development,’ he added.
But to be an instrument of real change, Pharaoh says the OFC first has “to properly assess the state of the Black community.”
To do that, the organization has formulated an extensive survey from which they hope to get a sense of who is doing what, and what’s needed.
It’s available on the organization’s website.
“We are encouraging members of the community to complete this survey, so we can really start the building process.”
Website: http://TheOFC.org/     Email: OFC6514545@gmail.com
514-651-4545.