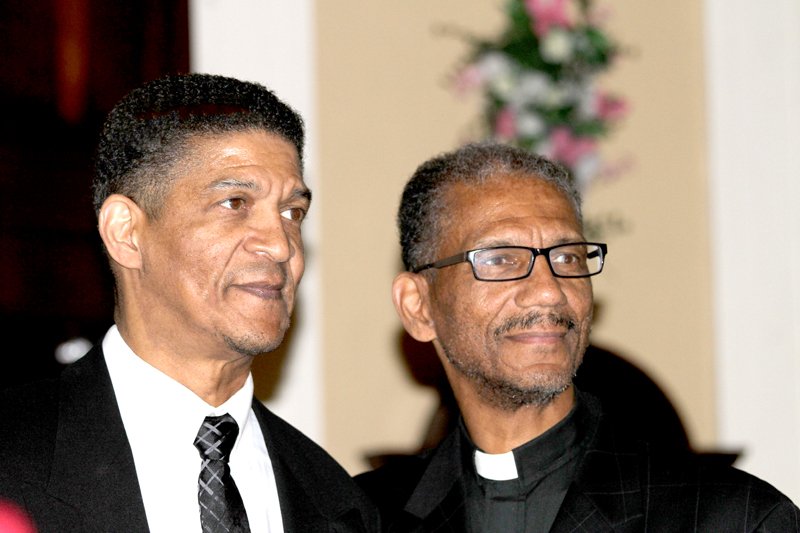 These are exciting times at Imani Family and Full Gospel Church as the congregation prepares to welcome Rev. Glenn Gray as their senior pastor, following the resignation of his older brother and church founder Rev. Darryl Gray.
The younger Gray, who was ordained here under the jurisdiction of the Quebec Association of Baptist Churches in November 2017, will be installed on April 7. He acknowledges that he’s stepping into big shoes but told The CONTACT in a recent conversation, that he intends to walk his own path as he leads the church into the future.
“What God has for me is for me,” he says. “I recognize the work that my brother did in establishing this church and I realize that no one will ever be able to match the impact he has had on the congregation and community, so I think that it’s important that I find my own way. ”
Rev. Gray, who was born in Boston, lived much of his life in South Carolina, where he became a licensed pastor in the Methodist church, before making the move to Montreal eight years ago.
For him it was an amazing opportunity to share the pulpit with his old brother, a man he says he admired for his energy, charisma and wisdom. And now that he has to take his place as spiritual leader of the church, it’s a bit unnerving.
“The truth is I told Darryl that I came to Montreal to work with you not replace you but he says has always had confidence in me and wishes me nothing but the best.”
Rev. Gray says in his early days here, some had expectations of him being a replica of his brother whose fiery brand of liberation theology had him on the frontlines of political struggles and community involvement.
“I can guarantee you that my approach is totally different, it’s not that I’m not interested in politics, just that I prefer to focus on families and their spiritual growth. Anyway, Darryl is who he is and I have no intention of being a cheap imitation to a great original and I wouldn’t even try,” he says.
Rev. Gray says he’s grateful to the congregation at Imani and to the faith community across the city for welcoming and helping him to find his way in Montreal.
With his eye set firmly on the future, the new Senior Pastor is already focused on boosting his congregation, which he pegs at around 80 and 120 loyal and dedicated members.
However, because a growing segment of them are aging, his priority is to intensify the search to find a home for the church that will be best suited to accommodate the changing demographics.
“As we go forward in what is a new chapter, the hope is that the congregation will remain strong in their love and their commitment to each other and the church,” he says.
Montrealers will have an opportunity to extend best wishes to Rev. Glenn Gray at his installation service on April 7, at Westmount Baptist Church, 411 Roslyn Ave.  at 7 PM. Info: 514 846-2020.