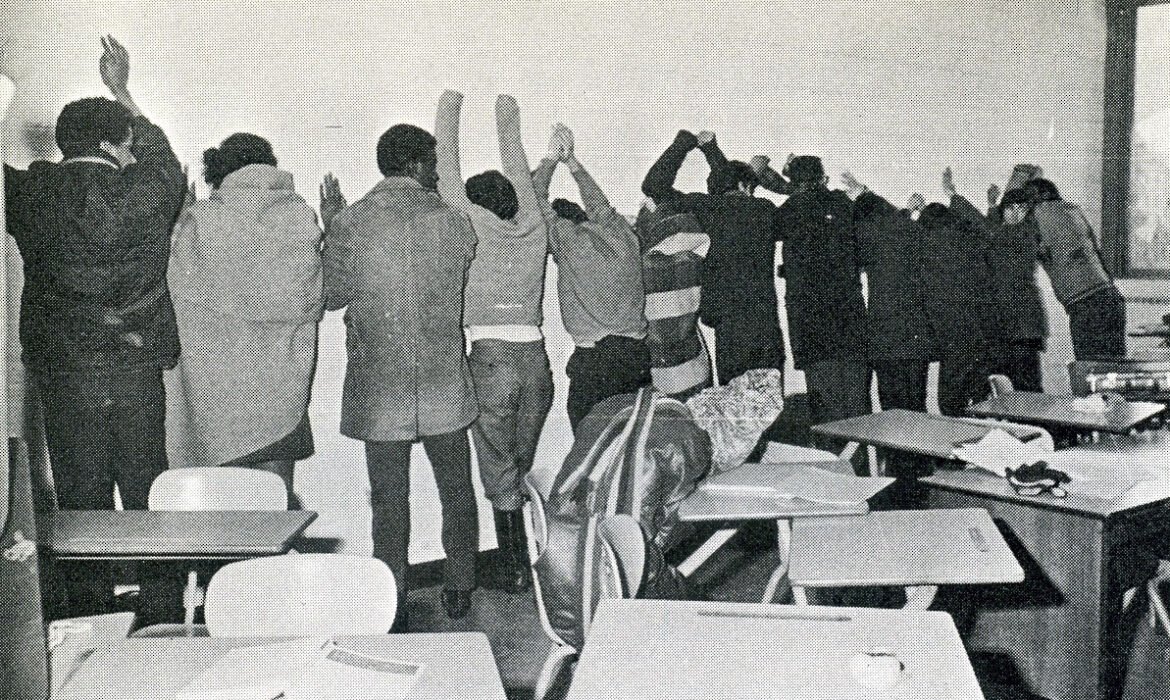 These days, names such as Terrence Ballantyne, Rosie Douglas, Kennedy Fredericks, Valerie Belgrave, Lynn Murray, Hugo Ford, Rodney John, Bukka Rennie, or even Perry Anderson for that matter, do not mean anything to the average person in our community, or even the average Montrealer.

But there was a time, about 50 years ago to be exact, when these individuals were front and centre in a struggle that laid bare the ugly underbelly of institutionalized racism and police brutality in Montreal, following a standoff between a group of Black and Caribbean students and administrators of Sir George Williams University.

It all hinged on the situation that evolved after six Caribbean students went to the administration in May 1968 with complaints against their Biology professor, Perry Anderson, whom they accused of discrimination and sub-standard teaching techniques.

The students, who felt they were being failed without justification, called on the University to investigate and, if necessary, take action against Anderson.

On that day, as fire threatened to engulf the room where the students were holed up, and as police pulverized those who were able to get out of being burnt alive, the chant on the streets below was: “Let the Niggers Burn.”

By the end of the day 97 students were arrested, among them several Canadian-born whites and from other diverse groups. However, after being taken into custody, they were separated according to race and faced different treatment and outcomes.

The charges against most of them were eventually dismissed.

Two political luminaries who emerged out of the “incident” were Roosevelt “Rosie” Douglas, from Dominica and Anne Cools, from Barbados, who became the first Black person to be named to the Canadian senate. He was sentenced to two years in prison for what authorities deemed to be the riot, and she four months.

Douglas was deported after 18 months in jail and went on to serve as prime minister of his country.

Cools, who was a student at McGill University was recently featured in an award winning NFB documentary “The Ninth Floor.”

Trapped in the burning room, witnessing the wanton violence of the police and hearing the chants of the racists on the street was a life-changing experience for her.

“That hit me hard,” Cools was quoted as saying. “Knowing that there were people who actually wanted you dead shook me to the core… and I had to come to terms with the fact that human beings were capable of doing all manner of things possible.”

Several other students were deported and ostracized.

Evidence of the chaos and the brutality meted out by Montreal police officers against protesting students thrust Montreal into the headlines around the world and triggered anti-Canada protests by thousands across the Caribbean.

On February 12, the day following the incident, Professor Anderson, who had been suspended since the start of the crisis, was reinstated to his position after a university committee (a few months earlier) dismissed all charges and accusations of racism against him.