Advertise with Us
Home Special Features Prof. Adelle Blackett steps away from the Human Rights Commission

Prof. Adelle Blackett steps away from the Human Rights Commission 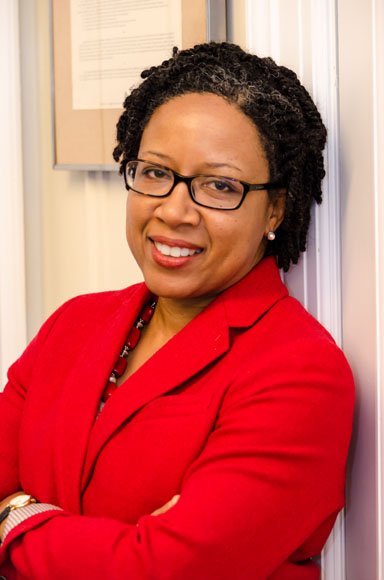 After almost seven  years as a part time commissioner , Professor Adelle Blackett has recently resigned from the Quebec Human Rights and Youth Rights Commission, effective May 26 ,2016.
Blackett was unanimously appointed by the National Assembly of Quebec on 18 June 2009.  Her service to the Commission was  honorary and non-remunerated, and undertaken alongside her full time academic position as a Professor of Law and William Dawson Scholar at McGill University.
She participated in regular meetings of the Commission, which issued public comments on law reform proposals like the proposed “secular” Charter/ Charter of Quebec values.  She also sat on three-commissioner panels to issue recommendations granting access by claimants to recourse before the Quebec Human Rights Tribunal in discrimination cases and cases involving the exploitation of the elderly.
Blackett says: “it was an honor for me to have contributed actively to a variety of initiatives, including developments on racial profiling, employment equity, and migrant and domestic workers’ rights.
I have urged the Commission to hone an analysis of systemic discrimination and intersectional approaches to law, and encouraged attention to international and comparative law.   I have called close attention to procedure, and promoted equitable representation in hiring.”
However, she acknowledges that “the role of a part time commissioner has structural limits”.
Professor Blackett hopes that our community and organizations will continue to pay close attention to the work of the Quebec Human Rights and Youth Rights Commission.
“The Commission has a broad mandate to ensure that the principles of the Quebec Charter of Human Rights and Freedoms are upheld.  For example, at its inception, it has been called upon to investigate anti-black racism in the taxi industry.  It is also responsible for ensuring that the interests of children are protected and that their rights are respected in the youth protection system.”
Blackett adds that “the work of the Commission has a significant impact on our community.  We need to be properly and effectively represented within all ranks of the Commission and to ensure that our concerns are carefully and respectfully addressed in a timely manner.  This is also a critical moment of community mobilization to address systemic racism in our society.   We should not hesitate to call for institutional reform where it is needed.”