Montrealers are being asked to help Hurricane relief effort 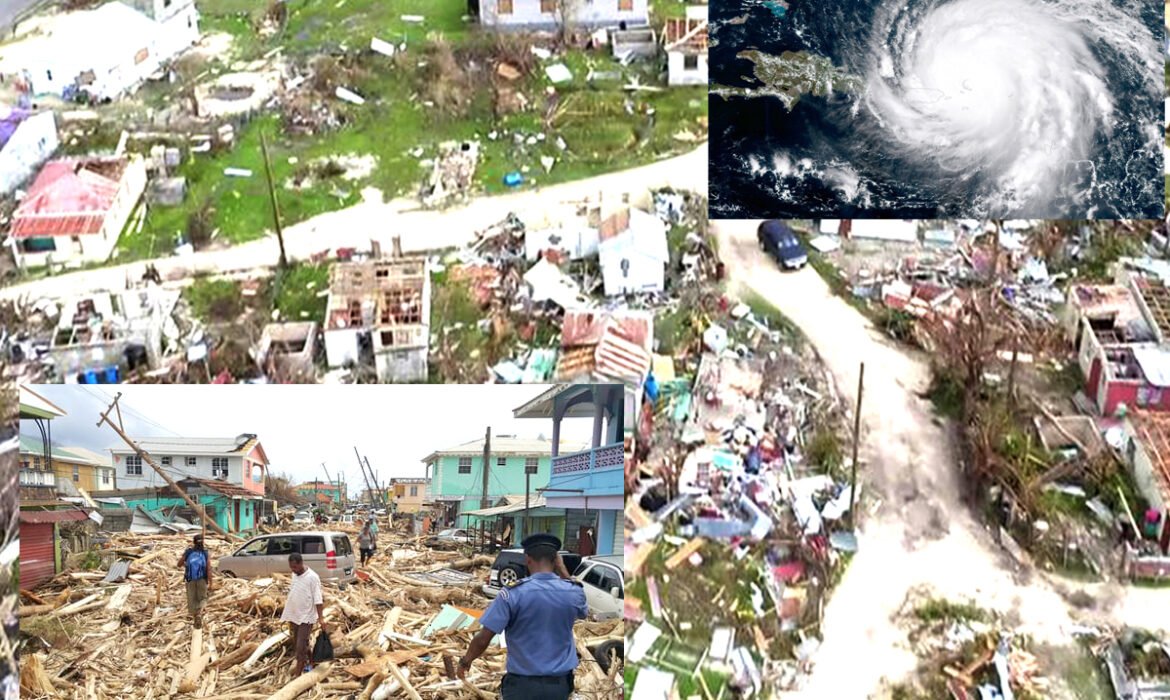 On September 6, Barbuda was devastated by Hurricane Irma

Members of the Antigua-Barbuda Association of Montreal are mobilizing the community and other Montrealers to assist in the relief and recovery efforts underway following Hurricane Irma’s devastation on September 6.
Almost everything on the small island of Barbuda was destroyed when the 378 –miles-wide category 5 Hurricane with winds of 225 miles per hour slowly made it’s way across the length of the island, (which is only 62 square miles,) blowing engulfing anything in it’s path including hospital, schools and the airport.
Such was the extent of the destruction that every person on the island, 1800 people had to be evacuated and given refuge in shelters on their sister island of Antigua; a two year old child, swept from its parents arms was the only casualty in Barbuda.
Now, the once glorious little paradise of an island is a deserted mishmash of   broken structures, fallen trees and other vegetation and roaming animals (the government has recently initiated plans to remove the dogs, which are said to be preying on the other animals.)
Prime Minister Gaston Browne in his continuing appeal for the world not to forget his beleaguered nation, was recently quoted as saying that the now deserted Barbuda is infested with mosquitoes and flies.
But his government and people have pledged to do all in their power to build it back better and they have launched an extensive call for help.
The estimated cost is around $300 million US dollars.
On Monday September 15, the cause was given a global spotlight at the United Nations General Assembly, when Caribbean leaders together with the super popular, Oscar winning actor Robert De Niro went to New York to challenge other nations to assist in the rebuilding of not only Barbuda but also Dominica and other countries that were affected by Irma and more recently Hurricane Maria.
In Montreal, association president Juleen Barrington and a hard-working team that includes other prominent Antiguans, Erene Anthony, Glen Gomes, Kendall Gore, Candy Barnes and David Davis are frantically trying to fill a container will supplies such as toiletries, baby clothes (new) and children’s clothing, food, dried milk and other basic needs items and most importantly building materials, to boost the relief effort at home.
Starting Thursday, September 21 the container will be in the parking lot at Gordon’s Goodyear Tires – 2125 Cavendish (corner St Jacques) and Montrealers can drop off supplies everyday from 10.00 to 8.00 p.m. and on Saturdays 10 AM to 2.00pm.
Your big purchases may be made at Home Depot (St Antoine – Courcelle), Delivery will be arranged. Notify us by email with Receipt/ Name and Address to treasuerantigua-barbudamtl@gmail.com.
They are also looking for monetary donations on behalf of the Antigua and Barbuda Association of Montreal at any  Bank of Montreal or Royal Bank of Canada.  .
The Antigua & Barbuda Relief Fund is registered with the Canada Revenue Agency as a charitable entity under the registration number # 88975857RR001
The account is set up with the Royal Bank of Canada. Deposits can be made at any Branch throughout the country. Transit # 06402 –   Account # 1005040
Cheques payable to : Antigua & Barbuda Relief Fund: may be mailed to :
Consulate General of Antigua & Barbuda** 60 St Clair Ave East, Suite 601, Toronto, Ontario M4T 1N6 or to Elaine Thomas-Treasurer -Antigua & Barbuda Association of Montreal Inc. P.O. BOX 183 , Snowdon Station, Quebec, H3X3T4
Email: treasurerantigua-barbudamtl@gmail.com
Tax receipts for  deposits in excess of $20.00 will be issued. Please provide proof of deposit with Name and Mailing address.

International observers, who finally landed on the island of Dominica, several days after it was hit by Hurricane Maria, a category 5 storm, on Monday, September 18, say at least 90% of the buildings, many of them shelters have been destroyed.
So far about 15 people have been confirmed dead and dozens more missing.
As of Thursday, September 21, Prime Rosevelt Skerrit continued to call on the international community to extend a helping hand to his stricken nation, which remained without electricity and running water.
A government official, told CNN the only power available on the island which has a population of about 80,000, was from emergency generators and car batteries and that “damage is severe and widespread.”
On the campus of Ross University School of Medicine, preparations were in place to evacuate all the students about 10 per cent of whom are Canadians, to St. Lucia.
After striking Dominica, moved on to Guadeloupe, Puerto Rico and then Virgin Islands and heading to the Turks and Caicos and the Bahamas beating a path of destruction and death. So far about two dozen people have been confirmed killed by the monster storm.

On Saturday, October 14 at Evergreen Reception Hall, 5011 Buchan Street, Metro Namur, Promesse Foundation proudly presents “JOUNEN KWEYOL” a celebration of St. Lucia Culture and Food.
This event is opened to the public and everyone is encouraged to come and support the Relief to the Caribbean Islands affected by the hurricane devastation.
Tickets are $30.00 plus one can of non-perishable food. Your ticket includes a fine Caribbean buffet dinner and wonderful entertainment. Cash Bar.
Info (514) 927-8469 – Tickets available at Caribbean Curry House, 6892 Victoria, Montreal (514)733-0828.
Non-perishable items also accepted at the Caribbean Curry House and will be most appreciated.