Advertise with Us
Home News Community News Juliano Gray: Victim of Abuse in Metro Speaks out

Juliano Gray: Victim of Abuse in Metro Speaks out 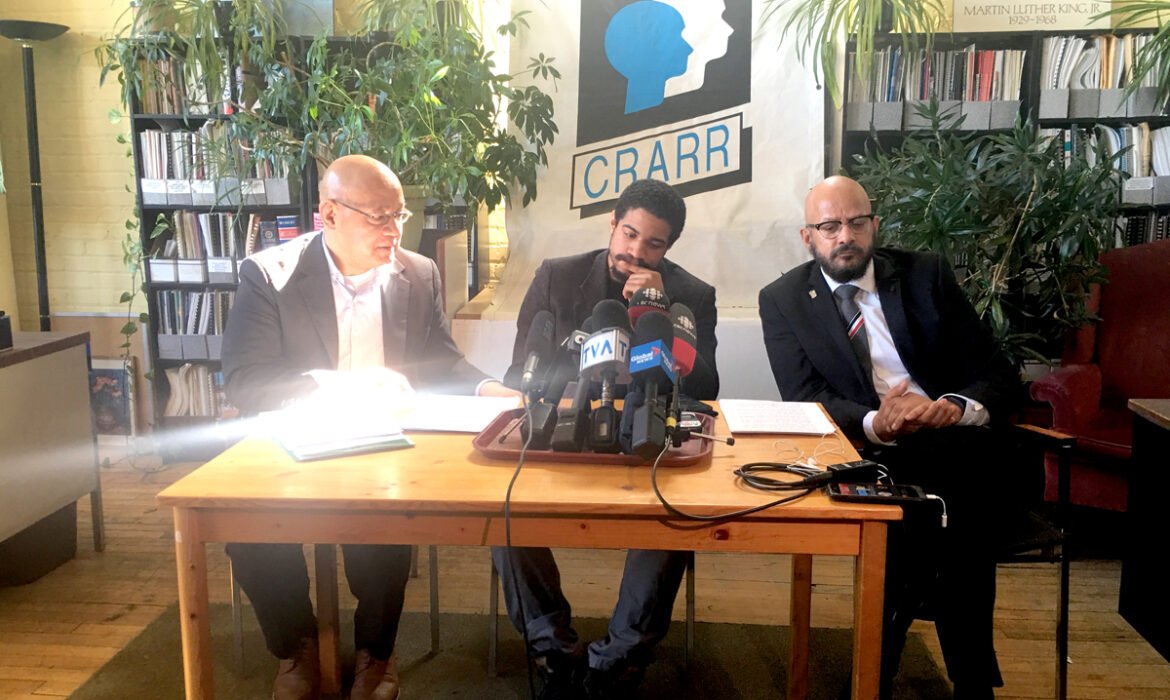 Recently  a video began circulating featuring a young Black man being brutally beaten by two STM inspectors at the Villa Maria metro platform.
Juliano Gray, the man being beaten finally spoke out about his ordeal on  March 26, at a press conference at the Center for Research Action on Race Relations (CRARR).
The incident began on the orange line metro where 22 year-old Gray was approached by inspectors for bouncing his basketball in the moving metro car. They then asked him to show his ticket as proof of payment for the ride. He did not have it and the inspectors then asked him to get off at Snowdon station where he would receive a ticket.
Several passengers got involved in the exchange and it resulted in Gray getting disoriented and alighting at Villa Maria and this is when things hit the proverbial fan.
The video, which begins as soon as he gets off the metro, shows Gray being tackled by two inspectors and he is crying out asking that they stop hurting him.
“Right away, the agents slammed me against a wall. Then I got three blows, ” he recounted.
The video shows Mr. Gray trying to shield himself and move away from the inspectors who were hitting him with their batons. Even when he was on the ground, begging them to stop, they continued to hit him and kick him.
The STM maintains that their agents acted within the law and they see nothing wrong with how they dealt with Mr. Gray.
Gray acknowledged his fault and apologized for not having paid his fare.
“The inspectors were just trying to do their job but it was brutal and excessive force.”
His calm and jovial demeanor and words suggest that Gray is unlikely to pose any threat to anyone.
“I wasn’t trying to run away from them, I was trying to run away from the pain at first, the adrenalin slows down the thoughts of you getting hurt, but after a while your like, ok I don’t want any more of this,” he responded when asked why he was running.
Gray was never arrested, and charges were not been filed against him, in the two weeks that followed.
Since the incident, Gray says he has been suffering both physically and mentally. He said his knee was badly bruised because of the repeated blows from the batons, and he was diagnosed with Post-Traumatic Stress Disorder (PTSD), on Friday March 22.
“I don’t want to keep living in fear,” Gray says as he said the ordeal has made him fearful and has cost him a job.

Through the CRARR offices, Gray said he wants the STM to invite a third party to investigate the incident.
Executive director of CRARR, Fo Niemi said his organization has met with witnesses who weren’t interviewed by transit officials. He has written to the transit authority asking it to conserve all video evidence from that night.
“It’s important to have an independent, external investigation,” he said.
This echoes calls last week by opposition city councilors and community activists who described the incident as an abuse of force and suggested the creation of a civilian oversight committee.