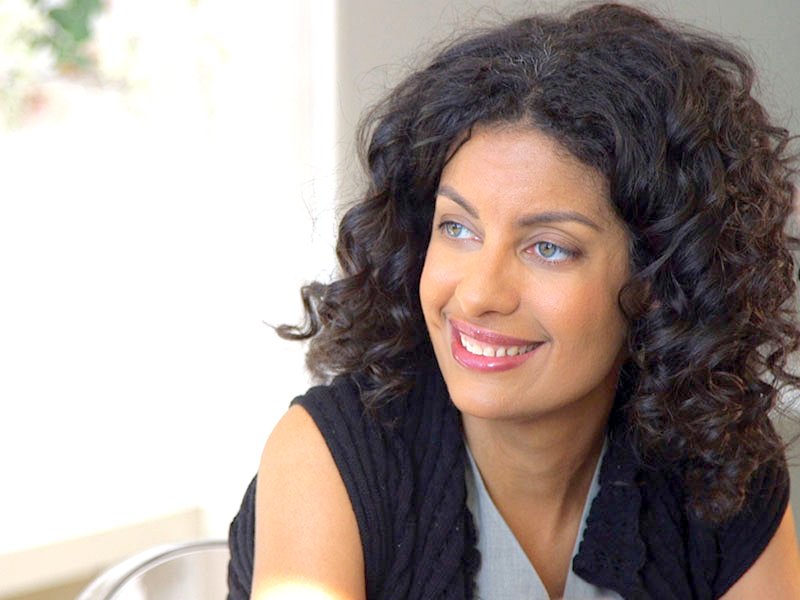 Dominique Anglade becomes the leader of the Liberal Party of Quebec

Dominique Anglade, MNA for Saint-Henri–Sainte-Anne and former economy minister took her place in history as the first Black person to lead a political party in Quebec, when she took the helm of the provincial Liberals on Monday, May 11.
Over the past few months she was locked in a leadership race with Alexandre Cusson former mayor of Drummondville, who on the same day posted a message on his Facebook page, withdrawing from the race.
He stated that having resigned from his duties as mayor to run for the Liberal leadership and due to the suspension of the elections by the coronavirus pandemic he has no source of revenue to continue his campaign.
His withdrawal cleared the way for Ms. Anglade, who is a highly trained industrial engineer and seasoned politician, to assume the helm of the PLQ, the first woman and person of color in the position in its 150-year history.
“I am proud to be the first woman leader of a party that has always pushed for social and economic progress,” she said in a statement on Monday, May 11.
“Now is the time to dare to build a Quebec that is proud of its roots, is inclusive and modern. The work begins now, and it is together, dear members, that we will build tomorrow.”
Anglade, who is in her mid-40s, came on the political scene as a high-ranking member of the Coalition Avenir Quebec, the current governing party but cut ties with them due to their position and policies on ethnic identity and immigration.
She then joined the Liberals and was first elected in 2015 during a by-election in the St. Henri-St. Anne riding and went on to serve as minister of Economic Development and Innovation, as well as deputy premier in the Philippe Couillard government.
She held those positions until the party went down to a bitter defeat in the October 2018 when the Liberals won just 28 of the National Assembly’s 125 seats.
Anglade launched her campaign last summer to succeed former premier, Philippe Couillard, who resigned after election.
On the campaign trail she promised to deal with the controversial secularism bill, Bill 21 that dominated Quebec politics for months before the coronavirus epidemic struck.
“We’re all in favour of laicity but not the way it was done with Bill 21. So, one thing the Liberal Party, under my leadership would not go forward with a notwithstanding clause,” she is quoted as saying.
David Birnbaum MNA for D’Arcy-McGee, and a strong supporter of Anglade, states that she has all the requirement to lead the4 Liberals into the future.
“I suppose there are many recipes for quality leadership. Mine is simple; it has only five ingredients, and Dominique Anglade has all them: courage, empathy, intelligence, determination and humility. You can’t make the tough decisions if you don’t have courage; you cannot understand the impact of those decisions if you don’t have empathy; you cannot evaluate the risks and benefits of your decisions if you don’t have intelligence; you cannot enforce those decisions without determination; you simply cannot learn from others, you simply will not lead well if you do not have humility.”
“I publicly backed Dominique Anglade before her official campaign was launched because she has forged these five qualities through a lifetime marked by public service and forged by family tragedy. I am so proud that our Quebec Liberal Party has Dominique as its new leader. Yes, she is the only Black woman and only first-generation Canadian to play that role, and that is so important. Ultimately, she will be a superb leader for all Quebecers.”
As well, Frantz Benjamin, former city counsellor and MNA for Viau, believes that Anglade is up to the challenge of taking Quebec into the future.
“She is very competent, and she is the person well able to unite the leadership of the Liberal Party. The experience that Dominque comes with is very much needed especially during these times as we are facing the COVID-19 pandemic, she has shown sensitivity to economically fragile individuals within the community and her background will definitely be of great benefit to the population.”
He shut down naysayers who may think she isn’t suited for the job since she was appointed by default.
“First of all, we have to be happy with the fact that in over 150 years a woman is the head of the Liberal Party of Quebec. Also, as an observer of the race I have seen Dominique Anglade working hard traversing Quebec on the campaign trail and always leaving a positive impact people really look to her and I know she will do well,” he says.
Montreal born, Anglade is the daughter of Haitian immigrants Georges Anglade, a politician, writer and geographer who is one of the founders of University of Quebec at Montreal and Mireille Neptune, a diplomat, author and professor of French. They both died in the earthquake that devastated Port-au-Prince, Haiti in January 12, 2010.
Anglade carved a path of excellence throughout her academic journey, earning an MBA from HEC Montréal and a bachelor’s degree in industrial engineering from the École Polytechnique de Montréal before launching her career in 1996 with well known multinational Procter & Gamble where she served as head of an operations department, directing more than a hundred employees.
Between 2000 and 2004, she worked at Nortel Networks where she was responsible for strategic supply chain management and overall market forecasting. She eventually became the company’s director of External and Government Affairs.
Well-known for her social involvement, the mother of three was one of the co-founders of the KANPE foundation, an organization assisting marginalized Haitian families.
Along the way, Anglade has earned the recognition for achievements and contributions including the Desjardins Émérite Scholarship, awarded to the winner of the MBA in Quebec.
She was also recognized by l’ Ordre des ingénieurs du Québec for her exceptional contributions to the profession through her social commitment.
In 2014, she was named “Young Global Leader” by the World Economic Forum in Davos.