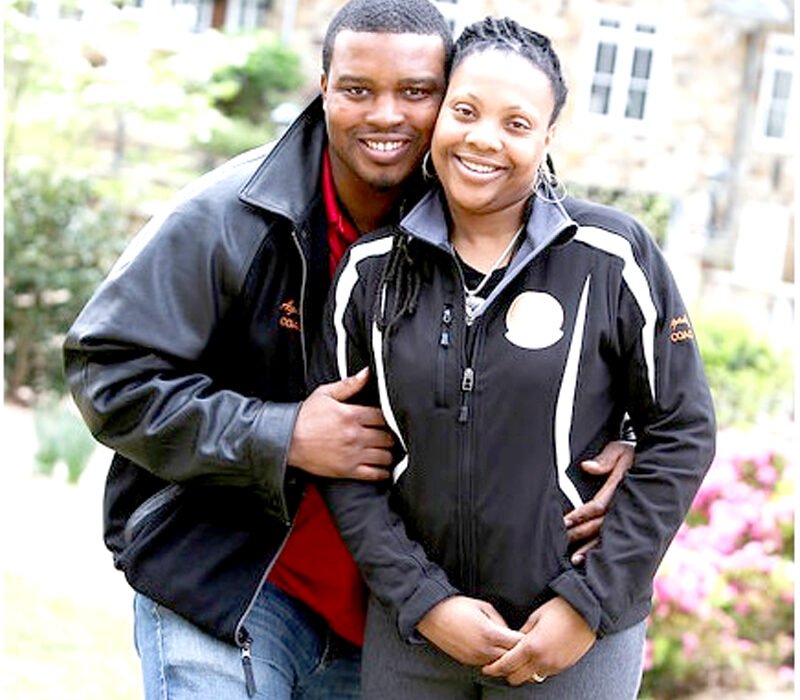 Husband and wife team wants to help lay the foundation

Ask Nathan Agadzi, a financial securities advisor, and his wife Chantelle Lewis, a mechanical engineer, about community and they’ll tell you that the quicker we accept the fact that we’re part of one is the quicker we’ll start to build it and make it into a source of empowerment.
“We need to recognize that we have a community in order to build a community,” Agadzi says. “And one of the best ways to build is to make sure that our money circulates in our community and help to empower each other.”
Also, he says, the community is hobbled by our lack of vision “for the future.”
“Our community is probably the only one in which parents don’t talk to their children about how money works. As a community, “we have to focus long-term and think about building generational wealth.”
According to his wife, Chantelle, who works in the Aerospace industry at Siemens Canada, that conversation is an on-going one in their household with their two children who are six and eight years old.
“We want them to learn about money and business as early as possible in life,” she says.
The way the husband and wife team sees it: at least one person in the household must have an idea about money, so he or she can protect the family from financial disaster.
They met in the early 2000s as students at Concordia University, where Nathan was a standout line backer and one of the captains of the Stingers (football team); Chantelle was his tutor in Math.
Since their marriage in 2009, the young family remains embedded in the community; all of them now part of West Can Folk Performing Company of which Chantelle has been a life-long member, as one of its first female drummers.
And it was an easy fit for Nathan, originally from Toronto, but with Ghanaian heritage and the passion for the Afro Caribe rhythms and moves that the group has become known for. As well, their two children are already accomplished drummers with West Can’s junior performers.
Being part of this vibrant organization that includes several generations of members fuels the couple’s commitment to wanting to see the community get on a solid financial footing and grow.
And just as they have taken charge of their personal and household finances, they aim to assist others in elevating themselves.
Nathan says too many are hobbled by not understanding how money works and he’s confident that having a stabilized household will lead to an empowered community.
“It’s all up to us to come together, build wealth, and leave a legacy of growth.”