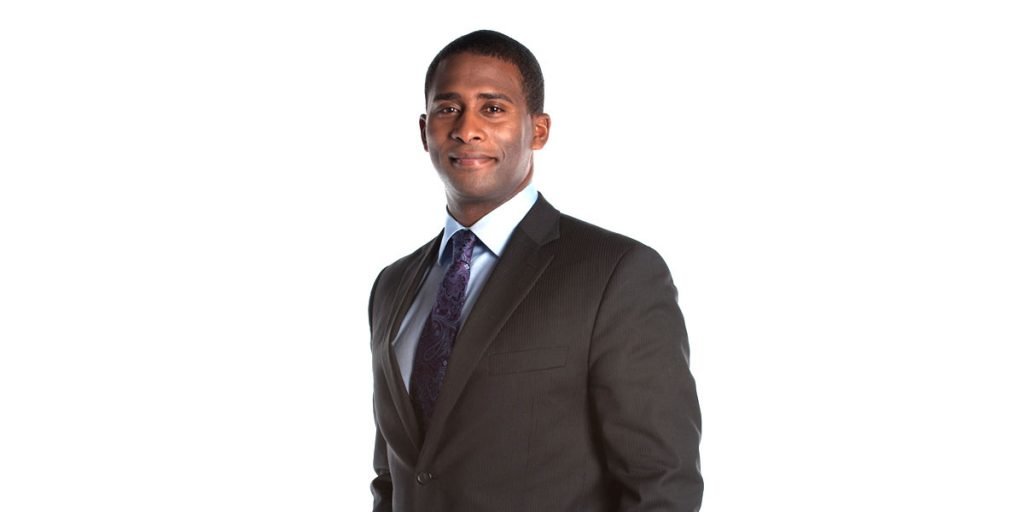 As an award-winning television anchor, Adrian Harewood a former Montrealer, now plying his trade in Ottawa is fulfilling one of two obligations he has set for himself as a Black professional.
“I think for those of us who are in positions of relative power, whatever job you’re in, you have an obligation to be good at it … to be excellent. But it should also an opportunity to create space and make positive change (on behalf of Black people) in any way that you can.”
At CBC where he has been for the last 18, Harewood has indeed been carving a path to excellence.
A few weeks ago he was named Best Local News Anchor at the recent 2020 Canadian Screen Award together with co-host Lucy van Oldenbarneveld for their nightly newscast, CBC News Ottawa at 6
The annual awards recognize achievements in film, television and digital media across Canada.
When he was hired for that position three years ago, Harewood became the first non-white permanent news anchor at CBC Ottawa.
Before that, he hosted All In a Day on CBC Radio One in Ottawa for about 11 years and was also a substitute host on CBLA-FM in Toronto.
In addition to his exceptional talent as a journalist, Harewood brought to CBC his heightened consciousness and commitment to activism one of his lifelong traits having come of age in a household with parents who were educators as well as community journalists and advocates.
At McGill University, where he competed his political science degree, he played a pivotal role in bridging student life and community development in Montreal in a leadership capacity at the Black Student Network then as general manager at CKUT 90.3 FM, which became widely accepted as our community radio station.
So it’s not unexpected witnessing his emergence as one of the leading advocates for change at CBC, his workplace for close to two decades.
Harewood says as Canada’s public broadcaster, the corporation has to meet its obligation to better reflect the country’s diversity.
“It’s even more important for CBC, in its role as public broadcaster to meet and surpass certain standards (when it comes to representation). It has to be more accountable than private organizations,” he says. “As a matter of fact, CBC should at the forefront of exposing the inadequacies in those organizations.”
Since 2016, Harewood has been becoming increasingly vocal about the under-representation of Blacks and other minorities at CBC.
Back then, he told in an on-line magazine CANADALAND: “If you look at leadership at CBC … a lot of the people who are in the leadership positions are women. White women. It’s not as if that can’t change — there’s no reason why the CBC could not set a goal of achieving more diversity by 2025 and reaching it, but the organization has to be serious about it.”
“I think a commitment has to be made to broadening the pool of producers and managers at CBC. It is not acceptable in 2016 given the ethno-racial makeup of the population that this reality is not reflected in our national institutions.”
Today, he remains incredulous that the under-representation of people of color at CBC and other media houses remains so glaring.
“Look at the masthead of the Globe and Mail, not one person of color for a newspaper that claims to be the national newspaper of Canada; the same is true for the National Post as well as in other newsrooms across the country.”
Harewood says the new wave of consciousness and awareness emanating across the country in this post George Floyd period will make it difficult for the media organizations to continue to short-change Blacks and other minorities.
“You will see them scrambling because the few people of color that they have on staff have lost their fear and are now speaking up on issues such as systemic racism challenging these institutions to be responsible and accountable, “ he says. “Now they will have to respond.”
With more than three decades working at various capacities in media across Canada, Harewood, who sees it as an existential problem for the public broadcaster if it continues to shirk its obligation to reflect Canada’s diversity in its staffing, especially at the managerial level.
Harewood says he has committed himself to trying to be part of the solution.
But he recognizes the new urgency surrounding the issue, stating in a recent blog that there’s work to do beyond the present conversations:
(What) we know from history is that “transforming the discourse” while significant is not sufficient. We want CBC/Radio Canada and other mainstream media to look and feel and sound and be different in material ways in the weeks and months to come.
As a lifelong advocate for change, Harewood is cautiously optimistic about the new dynamic surrounding the wide spread protests and conversations about racism and injustice.
“I think something has definitely happened, “ is the way he puts it.
“At a personal level, these days I’m having conversations that I’ve never had before. Many are reaching out. Many want to be allies to the cause.”
Now, he says the challenge is, how can the community capitalize.
At the surface level he is heartened by what he sees coming out of the protest and marches across Canada: “A lot of brilliant, young leaders with extraordinary capacities to organize and bring people together are emerging.”
One of the ways forward for our community, Harewood says, will be to marshal all our incredible resources and forge strong intergenerational bonds.
We have to build on the skills, industriousness and ideas of our young and guided by the experience of those who have been there before.”
Adrian Harewood resides in Ottawa with his wife Montrealer Lana Paris and their two children.