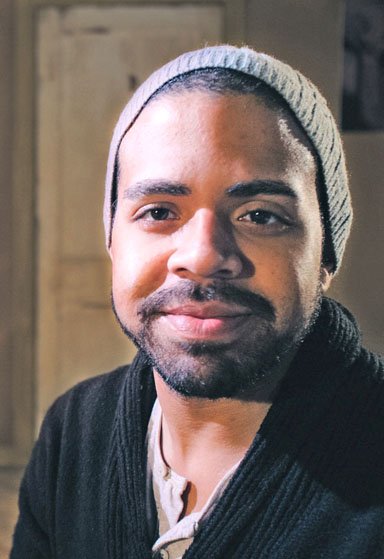 One of the first shows Mike Payette saw while still in elementary school was “A Promise is A Promise,” staged by Geordie Theatre.
He says in his mind back then, he saw the possibilities of theatre as an outlet to give voice to the creative urgings that he harboured.
A few years later, while on his journey to pursue his dream and perfect his skills as an actor, he was given his first opportunity as a professional actor playing Man Friday in a Geordie production of Robinson Crusoe.
Today, Payette and Geordie added another chapter in their long-standing relationship when he was named the company’s artistic director.
On the surface, it appears to be a daunting challenge for the young Montreal-based actor and director, following in the footsteps of two icons of theatre in Canada, Elsa Bolam and Dean Patrick Fleming, who were at the helm of Geordie for the past three and a half decades.
But Payette sees it more as an opportunity to broaden the scope of the mandate and the philosophy of the company. It was founded by Bolam 35 years ago and intended to offer live plays to young theatre-goers in elementary and high schools, not only across Montreal but in outlying isolated English-speaking and aboriginal communities across Quebec.
Bolam, who was the founding artistic director, resigned in 2006 after 25 years and was made a member of the Order of Canada for her contributions to theatre.
Out-going artistic director Flemming, who took over from Bolam, also earned acclaim for his work with the company over the past decade, including the Queen’s Jubilee Award.
In passing the mantle to Payette, Flemming, who gave him his first gig, was quoted as saying: “I met Mike when he was a teenager and I’ve watched him grow as an artist and as a person. He is thoughtful, caring, imaginative and courageous. He has a history with the company just as I did when Elsa asked me to become the Artistic Director, and so I know he understands the importance of this company in the landscape of this city and the country. I believe he will do much more than just take care it. I’m proud that the committee made Mike their choice to be the next leader of Geordie. And I’m incredibly excited to see the work he’ll create and the conversations he’ll start in the years to come.”
Coming after the two juggernauts of local theatre, Payette acknowledges that he has “big shoes to fill,” but says that while he is committed “to propelling the artistic vision that will keep the theatre going into the future” he is just as keen to ensure that it remains relevant and engaging at a time when audiences are drawn into different directions.
He also sees it as an opportunity to work towards making theatre more accessible to marginal groups, and says one of the best ways to do so is to invite them to see stories to which they can relate.
As an actor and director, Payette worked with many of the leading theatre companies in Montreal and across Canada, including Black Theatre Workshop, Imago, Repercussion Theatre, and Segal Centre, The Citadel, MTYP, The Grand, Factory Theatre, Neptune, and the National Arts Centre.
He is the co-founder and artistic director of Tableau D’Hôte Theatre and a founding member of Metachroma Theatre, and served as Artist-in-Residence for Neworld Theatre in Vancouver, and is Assistant Artistic Director for Black Theatre Workshop. (His roles vary from being the co-founder and artistic director of Tableau D’Hôte Theatre, a founding member of Metachroma Theatre, the Assistant Artistic Director for Black Theatre Workshop, as well as having served as Artist-in-Residence for Neworld Theatre in Vancouver.)
His directing credits include his position as assistant director of Djanet Sears’ Adventures of a Black Girl in Search of God, staged by Centaur, National Arts Centre and Black Theatre Workshop.
He won a META (Montreal English Theatre Award) for Outstanding Direction of Michel Tremblay’s Hosanna.
Payette takes over the mantle at Geordie in July.