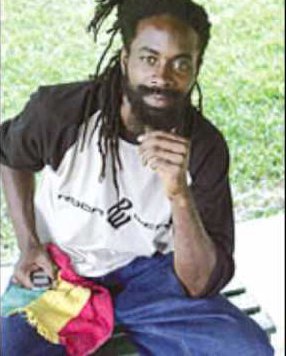 In less than 60 days incarcerated entertainer Buju Banton will be a free man.
Touch Of Red 6, Montreal’s biggest end-of-season fete will feature “International Stephen” for the first time.
Reggae artiste Kevin “Million Voice” Young died on Friday October 5 around 8 a.m. at the Sangre Grande Hospital. Million Voice’s family and friends sought to raise funds for the ailing musician in 2017 after he had been diagnosed with Stage 3 cancer.
Although he responded well to cancer treatment, the 41-year-old musician passed away from kidney failure due to complications arising from cancer. He was the brother of another well-known local reggae singer, Brendon “I-Sasha” Young.
Million Voice was known for songs such as One Family, his biggest hit, and I Know Jah Done with I-Sasha.
Our reggae community was hurt when Buju Banton was arrested in December 2009, and convicted in February 2011. Thankfully, Buju Banton is now on his final lap to freedom from his 10-year
prison sentence for drug trafficking.
The Jamaican dancehall deejay is presently being housed at the McRae Correctional Facility, a low-security prison, in Georgia, USA.
After his release on December 8, Buju is schedule to perform in Trinidad and Tobago on April 22, 2019, which may be his first live performance.
This has sparked controversy among many who believe his first performance should be in Jamaica.
Touch Of Red 6, is an event that always features an International
artiste from a different island every year. This year we will be
featuring an International Deejay who has become an emerging Soca artiste “International Stephen.”
International Stephen, born in Trinidad and Tobago W.I. Stephen has won and shared countless awards, such as the Annual Atlanta Soca DJ Rama competition three years in a row (2003, 2004, and 2005). Best DJ on the Road in Houston Caribfest three for three years (2003, 2004, and 2006.
He has also won 2009, 2010 and 2015 International DJ of the Year, through his outstanding voter support at the International Soca Awards. He won/shared Best Dj on the Road at one of the worlds most popular carnivals, “Miami Broward Carnival” 2004 with DJ Maestro and most recent 2014 with Dj Eternal Vibes & Giselle the Wassi One.
His biggest achievement so far was accompanying Bunji Garlin on his History-making appearance on BET’s 106 & Park Show in May 2014. He was also the official Tour DJ for the King of Soca MACHEL MONTANO.
Now he has released a few Soca hits and collaborations such as
Teddyson John x Intl Stephen – Vent, Wildfire x International Stephen – High Times, Wetty Beatz x Triniboi Joocie x Int’l Stephen – OBEYAH and many more.
Check him out as he will be in Montreal for the first time.
Saturday, November 10, at Suite 55 in Dorval. Or call 514-
862-6321.
More information will be given about Touch Of Red in the next issue.
– Oct 14, 1983 – Grenada leftist coup under vice-premier Coard
– Oct 15, 1994 – President Jean-Bertrand Aristide returns to office
in Haiti after living in exile following a 1991 coup.
Be free to send your feedback on any of my articles to
Productionsounds@gmail.com or Instagram : @Productionjr