Advertise with Us
Home Entertainment The Year That was 2016 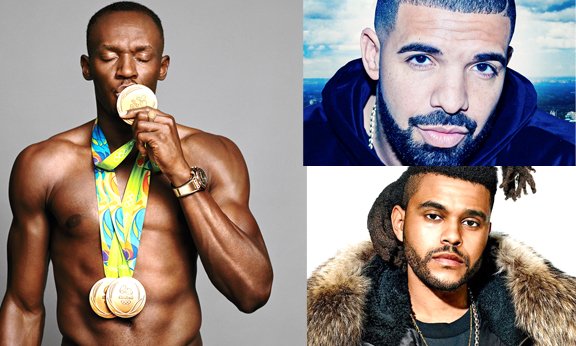 So much happened in sports, music and events around the community

Years come and go quickly, but our memories will last forever.
Much like its predecessor, 2016 was filed with highs lows, good and bad. So much transpired over the 12 months, reflecting can sometimes get blurry.
One event that we’re guaranteed to remember was the historical U.S. elections, and President-elect Donald Trump still doesn’t roll off the tongue easily for me. However, we must accept his victory and hope for the best going forward.
Another memorable standout of this past year was the death of so many musical icons, from David Bowie, Phife Dawg, Maurice White and, most shocking, the untimely passing of the legendary Prince. Of course, there’s more to report than doom and gloom.
We witnessed history in real time as, for his third consecutive Olympics, Jamaican runner Usain Bolt ran away with the Triple Crown. And a relatively unknown of Trinidadian and Barbadian heritage, Andre Degrasse, became a household name overnight. The Scarborough, Ont. native earned the respect of Bolt and brought home three medals.
In 2016, Canadian musical artists saw huge success. Drake went on tour and dominated the charts with his top selling album. Views led spotify with over 2.4 billion plays. The 30-year-old actor turned rapper also beat Michael Jackson’s record for the most American music awards nominations. The Weeknd also continues to make waves in the industry, with his third studio album Starboy. Twenty-four hours after its release it landed at top spot on Billboards Hot 100. Look out for his tour and a scheduled stop in Montreal in late summer 17.
They say good things come in threes, and while I’m far from superstitious its hard to deny. Tory Lanez completes the trifecta of urban Canadian acts to go global. Born in Toronto to a Barbadian father and mother from Curacao, the family was based in Montreal before relocating south of the border. This artist is on the rise… fast. Follow him for the ride.
For obvious reasons I am biased, but two of my favorite experiences of the past year that was included Djing The Black Theatre Workshop’s 30th anniversary Vision gala. Being surrounded by extraordinary talents from our community exuded such powerful and positive energy. I felt a similar adrenaline rush as MC for Montreal CommunityCONTACT 25th anniversary gala. Over 400 plus attended the formal dinner and dance. Sponsors, supporters and political dignitaries from here and abroad came to celebrate Editor in chief Egbert Gaye’s dedication to the Black and Caribbean community in Quebec.
My parent’s birthplace, the beautiful island of Barbados, celebrated their highly anticipated 50 years of independence. Ex patriots from around the world converged on the gem in Caribbean Sea for countless festivities. Unfortunately I didn’t make it, however thanks to social media I at least got a glimpse.
So much happens in the course of a year that I couldn’t document them all in this article. But I chose to touch on some of the things that stood out for me, perhaps some of you as well.
For 2017, please stay safe and if you can’t be good be careful. Peace and love.