Advertise with Us
Home News Community News Seven Divas: All women of Merit

Seven Divas: All women of Merit 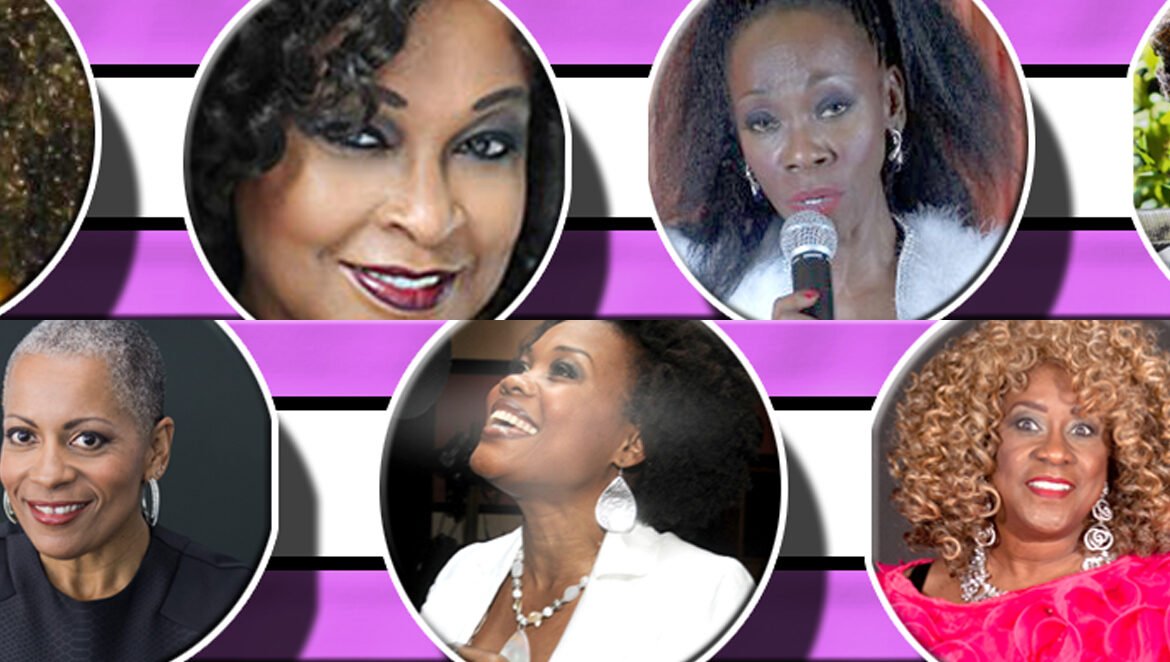 This year the event has earned the distinction of being on the official program of the 375th Anniversary Celebration of Montreal in the NDG/Cote des Neiges borough.

Tea has never tasted this good.
Especially this year, flavored by the presence of seven of Montreal’s most talented women of song, some of international renown, A Taste of Tea – And All That Jazz promises guests an exquisite evening of fine delicacies and great company as organizers pay tribute to these Divas with the Woman of Merit Award.
Lined up to receive this year’s awards of merit on Sunday, March 5, at the Main Ballroom at 6767 Cote-des-Neiges are Alma Faye Brooks, Vivienne Dean, Zina Edwards, Geraldine Hunt, Ranee Lee, Michelle Sweeney and Kim Richardson, all of whom have been making their imprint on the cultural landscape of this city and the world at large.
This year the event has earned the distinction of being on the official program of the 375th Anniversary Celebration of Montreal in the NDG/Cote des Neiges borough.
Brooks, an American-born singer, is a multi-genre singer who carved her path to fame here in Montreal on both the RCA Labels and the Casablanca Recording Label. She distinguishes herself as one of the first Black, female performers to be signed by a major American label. These days she and her husband Louis Toteda are the owners of La Gioventu Orchestra and the driving force behind the very successful Motown Revue, which showcases at corporate, private affairs and concert venues across the province.
Dean is a highly trained musician who established herself as a local phenomenon throughout the 1980s and 90s with her talent as a composer and performer. She eventually focused her efforts on enhancing her gospel career. Over the years, she has performed at jazz festivals in Montreal, Quebec City and Ottawa.
Originally from St. Vincent & The Grenadines, where her mother is still a pastor, Edwards is a former lead vocalist of Gospel Heralds, a highly popular band based out of Bible way Pentecostal Church. She is currently a Worship Team member and Children Church teacher at the Resurrection Center Church. She has taken her ministry to international stages appearing on BET Gospel Show and performed with Mary Mary, Shirley Caesar and Ron Konoly.
St. Louis, Missouri-born Hunt is a long-standing performer who launched her musical career out of Chicago where she released several singles as a teenager in the early 1960s. By the time she moved to Montreal in the mid-1970s, she had found marginal success on Billboard R&B charts in the USA and became a household name in France and the UK.
In the more than 40 years that she has been on the performing circuit around Montreal, Lee, a native of Brooklyn, New York, has established herself as one of Canada’s greatest jazz vocalists.
Over the years, Ranee has recorded 13 albums and along the way earned renown as an award-winning actress, a songwriter, and a proud author of children’s books. In 2010 she won the Juno for Vocal Jazz Album of the year for her recording “Ranee Lee Lives UPSTAIRS.” She is Member of The Order Of Canada and was recently recognized for her contributions to the development of the McGill Jazz Program by the McGill Schulich School of Music.
Richardson has been working in show business for more than 30 years in and around Canada and earned acclaim for her performances in musicals such as ‘Ain’t Misbehavin’ and  «Hairspray». And she has accompanied many of the big names such as Celine Dion, Gregory Charles, Corey Hart and Barry White. She also won three Juno awards. Recently, she’s been on tour across Quebec, with «American Story Show» and performs regularly at Dièse Onze in a jazz trio format and Le Balcon, with her funky band.
Sweeney was born in Cleveland, Ohio, and admits to singing before she was talking. Soon after she graduated from High School at the age of 15 her grandmother gave Ronnie Love and the Drifters permission to take her on the road. After a brief return home she completed community college and flirted with an opportunity to sing opera at the Oberlin Conservatory.
Instead, Michelle chose to move to Canada with her two children, Michael and Keena, where she established a stellar career on stage and in film. She performed around the world and has worked beside some of the world’s greatest entertainers, including Celine Dion, Mary J. Blige and Oliver Jones, and has graced the screen with actor/director George Clooney in Confessions of a Dangerous Mind, Oscar winning Director Deny Arcand in Stardom, actor Wesley Snipes in Art of War, and co-starred in a Canadian Award winning film, the Company of Strangers. For the past five years her main stage has been at Montreal’s House of Jazz.
Organizers say the evening to celebrate the work of these women will be laden with entertainment and fun. Skipper Dean and Joey The Saxman and the P&M Dance School will be on hand to thrill guests. There will also be a tribute to the late Thandi Klaasen, who recently died at home in South Africa.
A Taste of Tea and All That Jazz on Sunday, March 5, from 2:00 p.m. to 6:00 p.m. at 6767 Cote des Neiges Road. Info. call Playmas Montreal Cultural Association: (514) 620-6612.