Politics beckon this woman of words 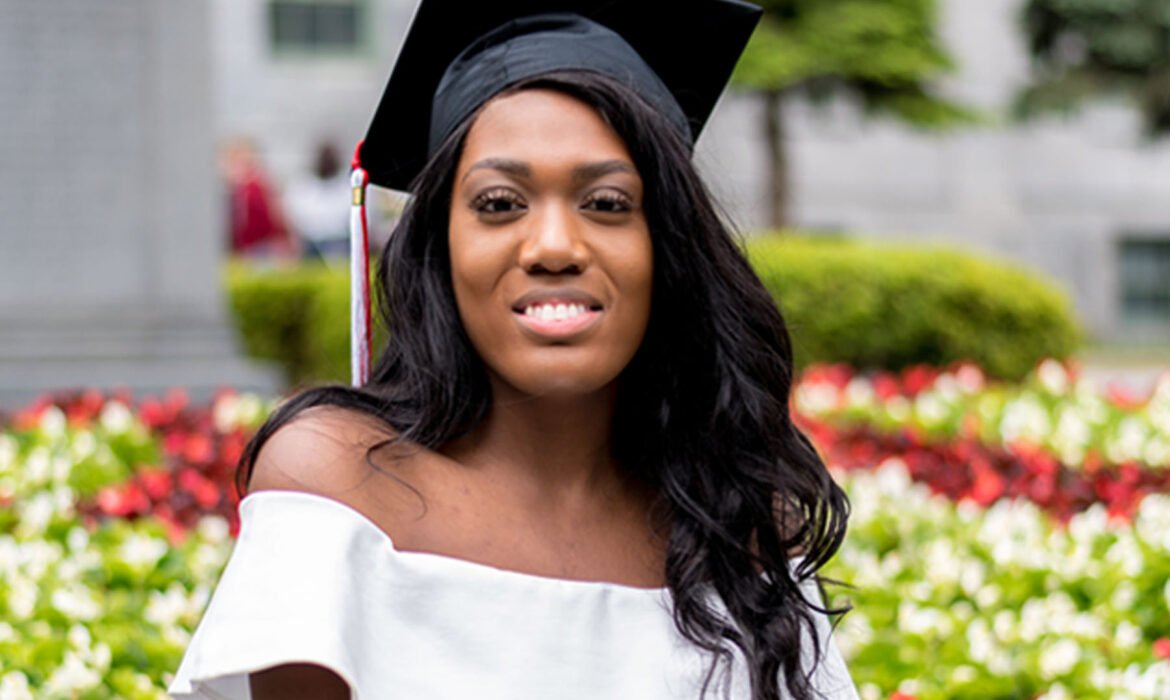 It’s safe to say that Ommu-Kulsoom J. Abdul-Rahman’s lifelong passion for politics has been central to her academic success so far, and has helped her emerge as valedictorian for the graduating class of McGill University’s Faculty of Arts, one of the first women of color to earn that distinction.
It also helped her secure a place, as one of only 12 students, among the 111 voting members on the university’s senate, the governing body that controls and supervises the academic matters of the university.
“I’ve always been interested in politics for as long as I can remember,” she told the CONTACT recently. “As a kid, I was always interested in reading and debating, so at an early age my family encouraged me to develop those skills.
My parents say I have a big mouth cause I would always be debating about something with anyone I came across.”
She says politics was a natural fit for because she saw it as the only profession (beyond being a lawyer) in which debating skills were front and centre.
And so, it was for the young Montrealer, whose interest in politics grew more intense throughout her time at her high school, Ecole Secondaire Mont-Royal.
By the time she got to Dawson she was primed and quickly found a place among the political buffs at the college’s Model United Nations association.
It was there that she got a real taste for international politics, especially those relating to Africa and the Caribbean, the regions where her parents are from.
And it all led her to McGill, where she breezed through joint-honors Islamic Studies and Political Science program with a minor in African Studies, boasting an excellent 3.7 GPA.
Abdul-Rahman says her interest in Islamic Studies was triggered by her dad, a Muslim man from Ghana, who encouraged her to learn more about the religion.
She became so engrossed that she made it one of her majors.
It opened my eyes about the presence of many strong women who made great contributions to the religion in its formative years, as writers, teachers and other positions of leadership.
Today, the 22-year-old Montrealer, whose mother is from Barbados, identifies as an African Caribbean Muslim woman and naturally has been a keen observer of the troubling politics of identity and religion that have engulfed Quebec.
“I have seen personally the impact that this government legislation (Bill 21) has had on many of my friends, who’ve invested heavily in their education, and are now facing the prospects of not being able to work here as teachers,” she opined.
I cannot see the link between what someone wears and their ability to assume a government position. It doesn’t make sense to me.”
But true to form, Abdul-Rahman will not be deterred by the oppressive political climate. She’s not running.
“Quite the opposite in my case because the current climate in Quebec, which I think is a telling sign of an ongoing history of exclusion in our province and country, is what makes me all the more sure that I will be remaining in the province I was born and raised to contest politically,” she states
The bill doesn’t affect my future because I don’t wear any visibly religious symbols, but it does affect many people around me. So, as to impacting my future negatively, the current climate will not and has actually acted as a motivator for me to continue to work hard and pursue a career in politics in Quebec.
We stand a better chance when there are more people like us at the table, in those seats in parliament, etc. So this climate has been an important reminder that while Canada likes to claim to be a country that is strong due to multiculturalism being enshrined in the Canadian Charter of Rights and Freedom, we still have a long way to go in order to reach true diversity and inclusion within our society.”
So that’s the hill where Abdul-Rahman, highly gifted, highly motivated, will look to plant her flag.
In the immediate future she’s looking at a Master’s degree with a specialization in Human Rights then maybe, Law.
But for sure politics, beckons Ommu-Kulsoom J. Abdul-Rahman.