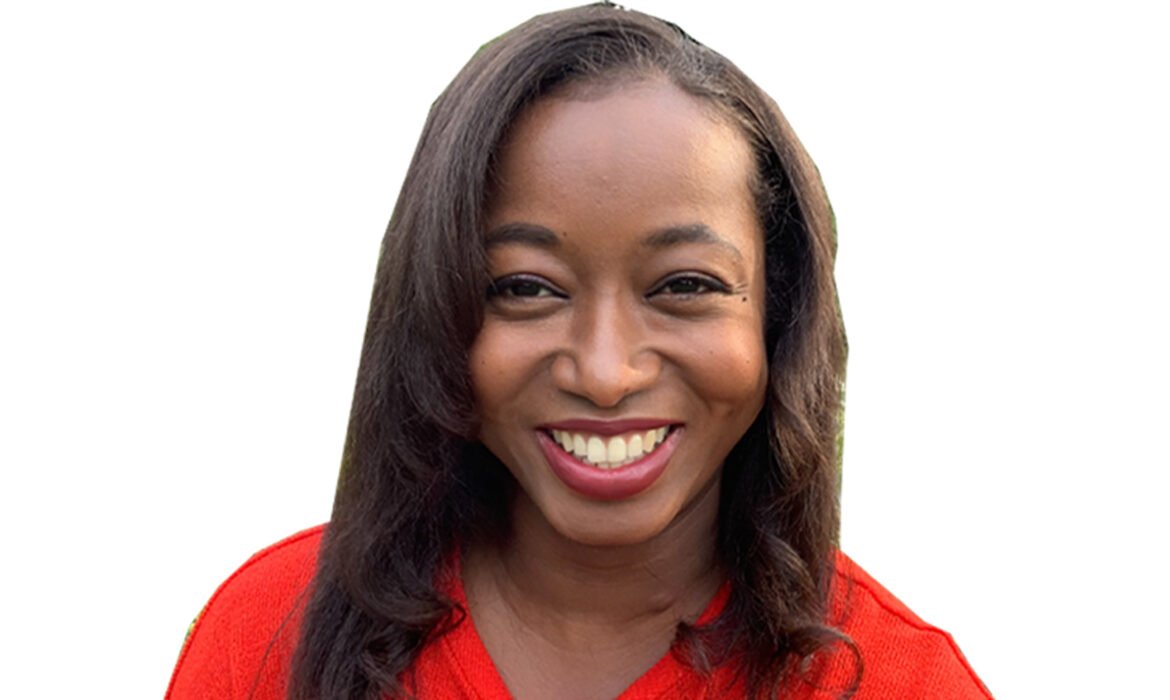 In the socially distant silence of the pandemic last year, the brutal murder of George Floyd sparked boycotts, protests, and rallies.
Discussions around race relations were brought to the foreground, and long submerged memories and emotions resurfaced and combed through
Many took to writing, demonstrating, and analyzing race relations in ways they never expected to.
In Montreal, Chanel M. Sutherland  a writer and director of product marketing, who was born in St. Vincent and the Grenadines and moved to Canada when she was 10 years old was reflecting on her own story and her first encounter with racism.
It hinged on a question she was asked as a newly transplanted fifth-grader, “do you like being Black?”
She says the question opened a different dimension of her newly adopted city Montreal.
It shocked her and left her scarred, and the way she sees it, she’s still healing.
Her story Umbrella chronicles her experience with racism and bullying at a young age and the masterfully crafted narrative has earned her the 2021 CBC Nonfiction Prize.
Sutherland’s story was chosen over 2000 entries and she will receive $6,000 in prize money from the Canada Council for the Arts and will attend a two-week residency at the Banff Centre for Arts and Creativity. Her story has been published on CBCBooks.ca.
Sutherland, who holds a BA in English Literature from Concordia University and is a member of the Quebec Writers’ Federation spoke to the CONTACT about her writing journey and what this win means for her.

Did you grow up around books or did you discover literature later in life?

I was born in St. Vincent, in a small village called Cassim and we didn’t have a lot of access to books or any anything that could be anything that we had was here basic. My grandmother was a storyteller, well I called her storyteller.
She would tell stories, often at nighttime before we go to bed. Most of them were Bible stories which was what we had easiest access to. I guess that’s what my love of stories came from.
Later, when I came to Canada, I got into literature more specifically in high school when one of my English teachers handed me Maya Angelou’s “I Know Why The Caged Bird Sings.”
That’s where it really kicked off for me, because it was my first time reading a novel or an autobiography by a Black woman. I found a lot of similarities in the book with my upbringing. She also lived her grandmother just like me.
That was the first time I realized that there were stories out there like mine or at least similar to mine and it made me want to write. I went to my teacher and said I want to write like this and she encouraged me to do it.

Was it at this point that you decided that writing is what you’re going to dedicate your life to, and did it become your profession after your studies?

I’m a product marketing director for a software company. I always wanted to write. it has always been a dream to be a published writer, but you know like unlike other professions you don’t finish school and find a job writing.
For about 10 years I wasn’t writing anything that I that I wanted to out up there. I realized that it’s time for me to get into it around the time when we all went into lockdown. I needed an outlet to get rid of some of the frustrations, with the pandemic, Black Lives Matter and all of these things happening at the same time and hitting me very hard… I needed somewhere to (vent) a lot of those feelings. At that point, I tried to start writing. It was very difficult, but I got started.

What makes your voice unique and how did you discover it?

I think I’m still working on it to be honest. I have so many stories that don’t sound the same. I think I’m in the process of fine tuning that because when I write I don’t really think about the literary devices, I just write.
It just flows out of me and then I go back and edit. I am member of the QWF (The Quebec Writers Federation) I took a workshop with Montreal writer Nigel Thomas. That’s when I started learning about voice.
Nigel really got me thinking about voice right now. I think I would describe my voice as very precise… I try to get directly to the point.
It’s something I have had to learn, I had to start aligning my work, editing, and go over until I have the right pieces.
In Umbrella my voice doesn’t hide or cover anything, it just says what it’s supposed to…it’s a very precise.

What is the most difficult part of writing this award-winning story Umbrella?

It’s my story of what I experienced as a teenager who was gripping with being transplanted to Canada. The most difficult part of it for me was first deciding to write it down.
For many years and I kept the first line written down with my phone, (Do you like being Black?) but I could never write the rest of the story because of what it required of me on an emotional level.
I started writing the story as part of a writing group and one of the writing prompts was to write a story where your characters are trespassing. I decided to tell my own story. It was also difficult dealing with the emotions that I was feeling as an adult. I had to step away from the story for a couple weeks and then find a way to come back to it, just knowing that the adult Chanel and just kind of pulling up the teenage version of me remembering what she was feeling. I wrote from that perspective and tried to be as authentic as possible to her emotions and her reactions to that specific moment.

How have you healed that Grade Five girl who experienced that racism and bullying at a young age in a foreign country?

I think she is still healing and she’s not quite there yet. I’m still uncomfortable with that for some odd reason. But it’s now out there, and as a result a lot of people are reaching out and telling me about their experiences with racism and bullying and micro-aggression, being gay or bisexual and so on.
I’ve had so many conversations in the last three weeks just about the story. I could never have talked about any of this before with anyone, so having those conversations and being able to connect with people on that level, especially at a time where we’re all socially distant and we’re not really allowed to connect to each other because of the pandemic.
So just having that connection is healing me. It’s helping me face those emotions and some of the horrible things that happened to friends.
Being able to connect with people, have these open discussions, not necessarily analyzing any of it, just talking and listening. I think that that’s how it’s going to help heal that little girl.

I read but I also make sure I write. I try to write a minimum of two hours a day, I often do 25-minute writing sprints. I write with a pen and papers and so that doesn’t allow me to be distracted by the internet.
I take a break after each 25-minute sprint then get back sometimes after several hours later but I make sure I do it for two hours each day. I am also a dancer, I dance to Hip hop, ballet, and jazz so sometimes I dance and try to visualize myself in the story. Dance often helps me get some of the frustrations out.

What satisfies you most about being a writer?

For me when I write it’s an opportunity for escape. Then there is satisfaction in being able to sit down and write a story, a complete story, and (be able) to look back and say, OK, I did that… especially if the story wins prestigious prize like this.

What do you think about the Montreal writing landscape?

I’m very new to it, I was never really engaging with it very much. I haven’t come across a lot of stories about the Caribbean experience except for Nigel Thomas. I think we have a lot of talented people in Montreal. I am part of some writing groups and there’s a lot of experienced writers. I’m just excited to see what happens in next few years.

Do you work in any other forms like poetry, or fiction?

I’ve only done two nonfiction essays. I mostly write short-stories, fiction, and I do poetry as well. I’m taking a very brave step towards a novel but I’m not there yet… I’m getting there slowly.
Chanel is looking forward to publishing a collection of stories inspired by life in the Caribbean and of her experiences in Canada

Umbrella can be read at
cbc.ca/books.