Advertise with Us
Home Entertainment It’s A Soca Frenzy 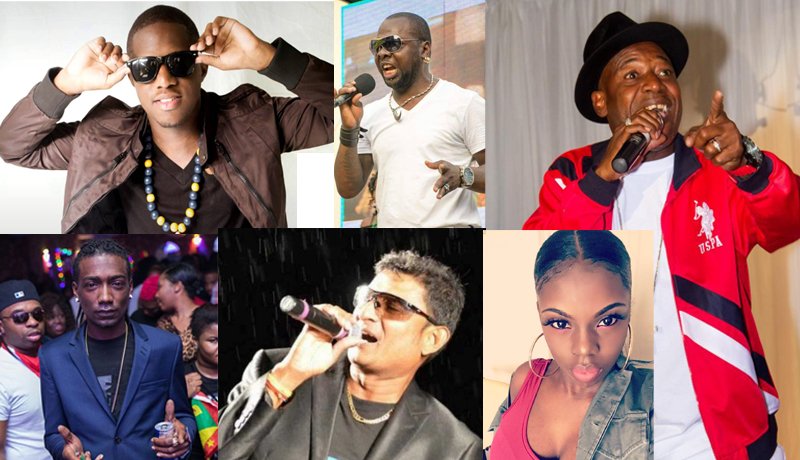 Montreal Carnival is around the corner and everyone is wondering which event they should attend.
There are three artistes events this year, but
I’m happy to say that Soca Rama is back after a three-year break. This year the reigning International Soca Monarch King “Voice”, the reigning Chutney Soca Monarch king “Omardath Maraj”, as well as the former 2x Soca Monarch King “Ronnie McIntosh and others will be performing with a live band under one roof for the return of Montreal Carifiesta’s biggest fete, “Soca Rama.”
Let’s not fool ourselves; the main reason people leave Toronto and Ottawa and come to Montreal’s Carifiesta is not only because of our short parade or handful of bands on the road. Carnival night fetes is one of the main attractions, and it has evolved into an important contributor to the city’s Carifiesta extravaganza.
This year signifies the rebirth of what used to be our community’s biggest after-Carifiesta fete.  “Soca Rama” will be returning with a bang.
Soca Rama came about in 2009, the brainchild of a group that call themselves “Montreal Challengers.” From 2009 to 2013, Soca Rama brought our community some of the biggest International  artistes to  pass through our city. At a time when promoters are cutting costs and live music bands are slowly becoming extinct, Soca Rama made it clear that they have no intention to exclude live bands from our Carifiesta fetes.
Beginning in 2009 Soca Rama happened at the spacious SoccerPlex  from until 2012, but in 2013, a week before the event, Lachine fire marshals told the promoter that
It’s unsafe to have this event on the artificial grass and that they would have to immediately find a venue within a week.
Montreal Challengers decided to call it quits.
Soca Ram’s absence was surely missed by their fans, and there were no  reliable Carifiesta events since.
This year Soca Rama is back with seven International Soca artistes, three Soca djs, at a popular venue, James Lyng High School, which has been unavailable for Caribbean parties for the past few years, but real soca veterans will remember the days we partied there.
Voice, the youngest Soca Monarch in history, will be in Montreal for the first time and performing at Soca Rama 6, as well as the reigning Chutney Soca Monarch king, Omardath Maraj.
If having the two biggest artistes isn’t enough, added to the bill is Linky First, Ronnie Mcintosh, Eddie Cherles, Sure-D and Daddy Ghost.
Linky First is a Dancehall and Soca artist with a unique voice and flow. He’s the first Jamaican artiste to make it to the International Soca Monarch finals with his debut song, “Rock and Come In.”
Ronnie McIntosh is a former Soca Monarch king and a legend in his own right.
Veterans like Ronnie McIntosh and Eddie Charles are the main reason why most of the mature Soca lovers are heading to Soca Rama on July 8th for that retro flavour.
All seven International Soca artistes will be backed up by the live band, “N2”.
Soca Rama promoters pride themselves on delivering. Never once had an artist not showed up.
Be free to send your feedback on any of my articles to
Productionsounds@gmail.com or Instagram @Productionjr