Advertise with Us
Home Events I Was There 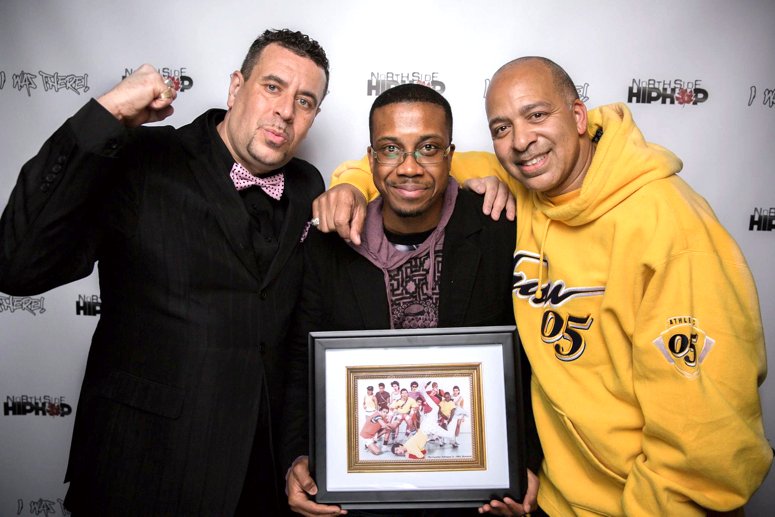 “I was There” on March 9, at the Sala Rossa, was a celebration of Montreal hip hop pioneers. Part of a large, national, living-archive project founded by NorthSideHipHop in Toronto, the project aims to celebrate and make accessible Canada’s hip hop history. The Montreal event, the first of four events across Canada and organized by the Institute for the Public Life of Arts and Ideas at McGill University, honoured Tony “Butcher T” Scharschmidt.  Butcher T’s Noon Time Cuts began in 1992 and continues to this day every Friday from noon until 2pm on CKUT 90.3fm. From 1992 to 1998, Butcher T was part of the West Indian Rhythm crew.
Butcher T and host Howard “Stretch” Carr also operated a record store on Atwater Street where they stocked the latest reggae, soca, r&b, hip hop, funk & disco for Montreal’s djs and music lovers.
In the first part of the evening, Butcher T was interviewed by Duke Eatmon, a broadcaster on CBC Radio Homerun , and Kapois Lamort who has written the definitive history of Quebec’s Hip Hop. The second part of the evening was a tribute concert featuring acts who cite Butcher T as influential in their careers, such as Nomadic Massive and Narcy.
The night also featured a performance by Strange Froots, the youngest of the performers, who were mentored by Nomadic Massive, demonstrating the lineage of mentorship in hip hop. The night culminated with all three bands on stage with an intimate but spirited close to the celebrations. Audience members who were present can now be part of the hip hop tradition, saying, “I was there,” as hip hop continues to grow and evolve in Montreal and across Canada.