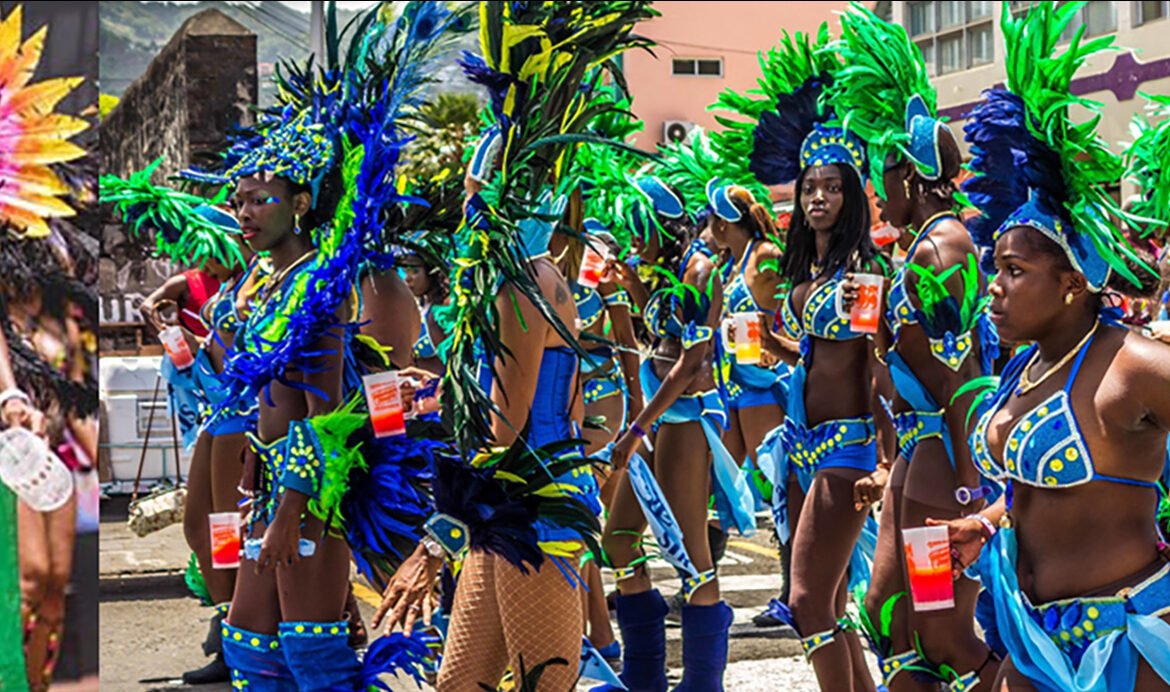 The Hottest Carnival in the Caribbean

From May 14, wearing a mask in several enclosed or partially enclosed public places is no longer mandatory. On public transit and at healthcare facilities, the obligation is maintained. Travel is heating up as more and more people are planning summer vacations to exotic and relaxing destinations.
One destination I would love to go to one year is to Vincy Mas.
Known as the Hottest Carnival in the Caribbean, Vincy Mas is the biggest festival in St. Vincent and the Grenadines. The carnival starts in the middle of June, culminating usually on the Monday and Tuesday in the first week of July. It can however, be switched to the second week of the month. This year, Vincy Mas 2022 will begin on Friday 24 June until Tuesday July 5.
Vincy Mas is a colourful and vibrant celebration of music, dance and Vincentian heritage that attracts thousands of tourists.
From the capital city of Kingstown to beyond, towns and village come alive with street parties and parades flavored by calypso and steel pan and costume parades much more. Prior to 1977, it was celebrated on the days before the start of Lent as is common for many of the Carnivals that take place in the Caribbean and Latin America.
Like those carnivals, Vincy Mas developed its identity in the eighteenth century by combining elements from the European carnival traditions with customs from African religions brought by freed slaves. The last two days of Vincy Mas are J’Ouvert and Mardi Gras.
J’Ouvert is a contraction of the French term Jour Overt meaning early morning. A fete runs from midnight to dawn. A large band then takes to the streets of Kingstown keeping the residents awake to enjoy the penultimate day of the carnival.
Originally Mardi Gras (Fat Tuesday) was the day before Lent and the last chance to feast and make merry before giving up some food for the forty days before Easter.
In Vincy Mas, a Band of the Year competition is followed by a final parade of the mas bands to signal the end of the festival.
Vincy Mas should be is a must on your bucket-list but if you are unable to make it this year you can get a taste of it here at our Vincy Picnic or July 16th at Wet Dreams event featuring Problem Child from SVG.

Island Facts : –
May 30th 1845 -commemorates the landing of a ship carrying 217 of the first indentured labourers from India in Port-Of-Spain on this day, after a 100-day crossing around the Cape and across the Indian Ocean and the South Atlantic.