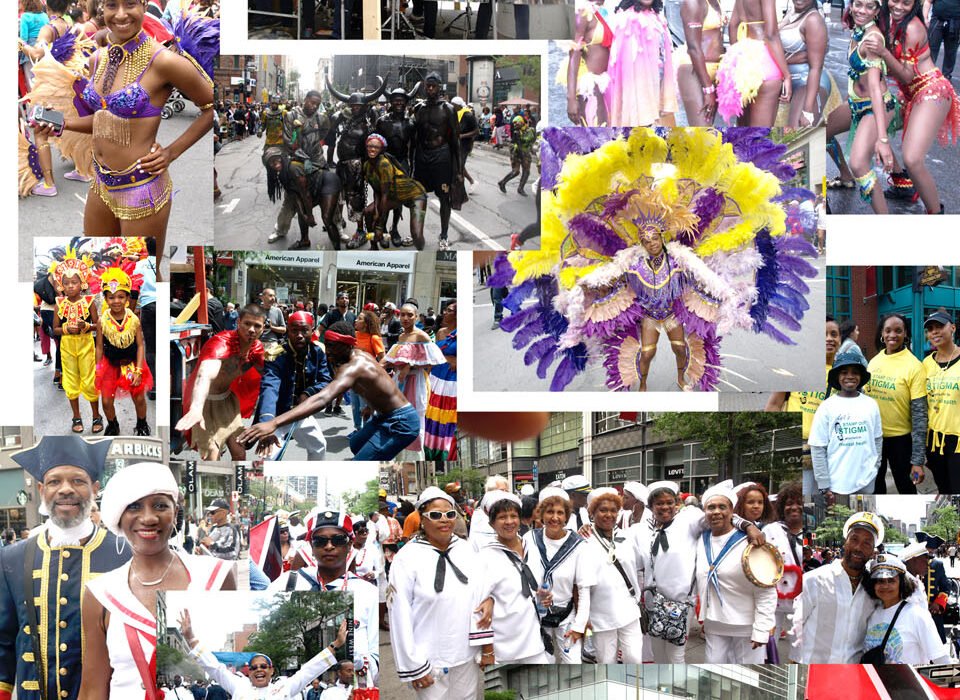 After a brief rain delay on the morning of July 2, Carifiesta 2016  kicked off in a blaze of color and music from the corner of Fort Street  and made its way along St. Catherine Street to Phillips Square.
In all, about 12 groups of varying sizes participated in a parade that was dominated by what is known in the Caribbean as Jab Jab mas.
Two of the more populated bands had hundreds of high energy  Jabs bringing a special something to the parades.

Also on the street this year were the usually spectacular Roots with their presentation of Tings are Beautiful
Sailors Ashore presented by Friendz  were a welcomed addition to the carnival. They  were accompanied by  the sweet sounds of the steelband from Montreal Playboys and offered a large contingent of mature masqueraders an opportunity to  chip down the road.
The Haitian and Phillipino communities were represented with floats. And the Cote des Neiges Black Community Association steelband project were also on the street.
The parade got underway around 12 noon and ended around 4 PM.