An organic collective and the music they make 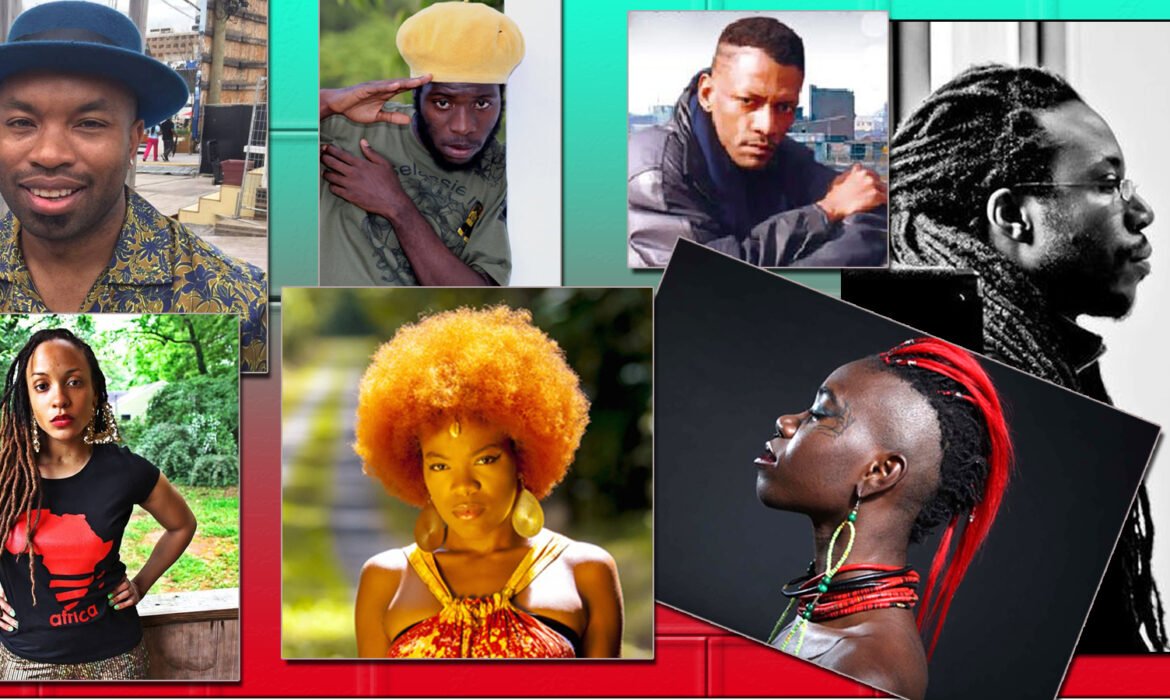 The way Jahsun tells it, Kalmunity Vibes Collective was forged out of a desire to provide a platform upon which emerging musicians can share their music with audiences in an environment where “honesty prevails.”
He was on the music circuit as a drummer touring with different bands playing reggae, rock, hip hop and jazz for many years until he decided to step away from that and find a place where he and some of the many musicians he met over the years can play their music outside of the constructs of an organized band.
“I guess what I wanted was a platform where musicians had the freedom to explore where the music was going to lead them,” he remembers. “Not in the way that Jazz musicians improvise, and certainly not just a jam session but a place where a group of musicians can have a musical conversation.”
That conversation started 15 years ago after he found a venue and invited a disparate group of musicians, each bringing his or her own flavor to what emerged as a spontaneous musical potpourri.
That event took place back in 2003, at what was then the Sablo Café in Little Italy and was eventually christened Kalmunity.
A decade-and-half later, the thing has evolved a little beyond what Jahsun imagined into two regular sessions a week: a Tuesdays concert, usually at the Petit Campus, featuring a variety of genres categorized as Black music, while the Sundays sessions, staged at Cafe Resonance, mostly feature jazz.
In addition, the Collective has also been hosting specialized events to celebrate Black History Month and other periods during the year.
They estimate that in any given year their sessions draw more than a hundred musicians playing all types of instruments, together with an equally wide variety of voices, including poets, rappers, chanters and deejays, all contributing to making music in its most organic state.
And because the Collective has been able to put together such a wide pool of talent in its network over the years, they now draw from it to host monthly workshops and offer assistance and mentorship to emerging artistes, especially when it comes to improvisation.
Jahsun says he is particularly excited by the way that Kalmunity Vibes Collective has taken its place on Montreal’s musical landscape, not only with an idea that’s trending in different cities, but because of the network of talent that it has put together over the years.
And he can point to dozens of well-established artistes who found their groove on stage as part of the musical sessions.
Also, the project continues to grow in popularity with well over 5,000 music lovers in Montreal taking in their shows every year, many of whom are still in awe that the music coming from the stage is un-rehearsed.
Today, Jahsun and his right hand man Preach Ankobia are ready to take the experience to another level by launching the Kalmunity Music Week with six nights of  Black arts and culture, which will be staged at four venues across the city: Café Petit Campus, Café Groove Nation, Espace Day & Night and Café Resonance between May 1 and 7.
It’s being billed as one of the biggest showcase of Black music in Montreal and will feature an exciting line up of performers from across the U.S, Jamaica, and a few national favorites, including former Montrealer now in Toronto, D’bi Young AnitaAfrica.
Among the big name performers lined up are Sa Roc (U.S.A – Rhymesayers), Iba Mahr (Jamaica), Raging Fyah (Jamaica), Yaadcore (Jamaica – Dubwise), Shi Wisdom (Toronto), Malika Tirolien, Horace Martin (Jamaica), Sound Traveler (Cuba), Dj Seriousblack , Narcy, Fredy V, Dead Obies, Meryem Saci, Aliyah Truth, Wayne Tennant, Foreverpreach and Shariq Devonte (Ottawa).
The Week will kick off on May 1 with three nights of performances at Café Petit Campus, featuring Wayne Tennant, local powerhouse Afro House artiste on Tuesday, then the super powerful D’bi Young will be joined by Montrealers Aliyah Truth, DNA, Blackbird, MC June, Sar-El Bey BluRva, Sugarface Nene, Kalmunity for an evening of the Spoken Word experience on Wednesday.
On Thursday, Toronto’s Shi Wisdom will join Montrealer Malika Tirolien for a night of Soul and Funk.
The festival then moves to Espace Day & Night (formerly Alysee) on Ontario Street, on Friday, May 4 with a show that will feature Sa Roc, a dynamo MC and rap artiste out of Atlanta, Georgia. On Saturday May 6, some of Jamaica’s newest and exciting performers, Iba MaHr, Horace Martin, Raging Fyah and Culture Sound System, will bring a massive cultural reggae feast  to Groove Nation Club on St. Denis and Rachel.
The Week closes with a vegan treat and organic beat at Resonance Café on Fairmount and Park avenues with the Kalmunity Jazz Project offering what is expected to be a command performance.
Capacities are limited. It Is Advised To Purchase Pre-Sale Passes To Avoid disappointment. Visit kalmunity.com