Advertise with Us
Home Entertainment Adversity aside. Success in Red

Adversity aside. Success in Red 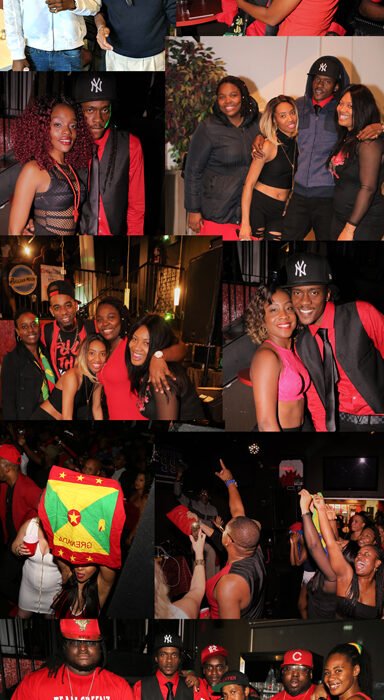 There are no secrets to success. It’s the result of preparation, hard work, and learning from failures.
Hard work does pay off and the success of my annual event, Touch Of Red, is evidence of that.
Every year I encounter something different but for some reason this topped the charts.
Many have no clue as to what happens behind the scenes when promoting an event. Well check this out:
I had to change the venue for Touch Of Red 5, with only 48 hours notice. When planning this event I decided to go outside the box and take it to the heart of downtown Montreal by booking a classy and upscale venue called “Le Cinq.”
The weekend prior to my event there was a shooting outside another Caribbean/urban event downtown. It happened at the entrance to “Le Cinq” and left many in fear of attending any future downtown events.
Have you ever heard the saying, “Black people can’t have anything good for too long?”
The shooting was a “Black-on-Black” incident so the media magnified it, making it worse than it really was. Soon, ticket holders and annual supporters of my events started having second thoughts about whether the location would be safe. Even the club owner stated: “Using the word RED in downtown Montreal would have people thinking it’s gang-related.”
After that stereotypical statement and many other factors I decided the Thursday before my event to change the venue to Catalogna Lounge in Lachine.
Touch Of Red 5 featuring Skinny Banton and Riggo Suave in Montreal was truly a success. Many thought that the change of location on such short notice would’ve hindered attendance but Montreal people showed love.
Thanks to everyone that helped to make it a success including supporters, the team and to
Savi and Emrit of the Caribbean Curry House for going beyond with their hospitality.
Be free to send your feedback on any of my
articles to Productionsounds@gmail.com or Instagram: @Productionjr