The knowledge to confront autism 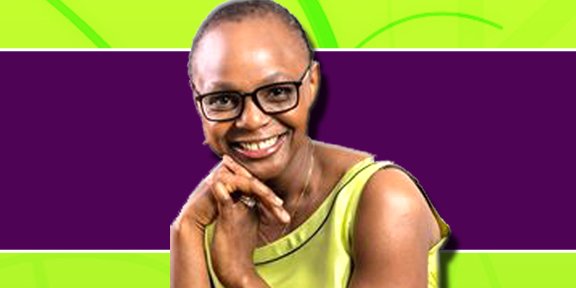 “Before I had my son, I never knew what autism was, I doubt I had even heard the term autism or autistic,” explains Dr. Sazini Nzula as she reflects on her extraordinary parenting journey.
When she and her husband welcomed their bundle of joy, they were not prepared for the way their lives were about to change.
“I noticed my son wasn’t doing things at the regular pace of some of his peers, he took a while to eat solids and I assumed he was just not a fast adapter,” said Dr. Nzula.
It was only when she begun to receive odd comments from daycare handlers and when she was forced to take her son to another day care that she decided to seek medical advice. It was at this point she begun hearing the word autism and the possibility that her son could have this condition.
“To test for autism in Quebec a child is put on the waiting list for about two years,” she explained. “By the time we were considering these tests, my son was a year old and I didn’t think I wanted to keep myself in a sense of suspense and trepidation for another year. I decided to first get an evaluation from a psychiatrist.”
Today, as the mother of two boys with autism  Dr. Nzula has spent the last 10 years ensuring that her family “doesn’t just get by but thrives.”
She describes herself as an “author, autism consultant, speaker, certified Qigong massage therapist, scientist, eternal optimist and a creative thinker who is devoted to empowering you with the tools you needs to make your special-needs family thrive.”
Her many areas of expertise in autism consulting include:

-Qigong Sensory Treatment massage
-Self-care for the caregiver
-Special needs travel
-Long-term stress management
-Special needs family coaching
Dr. Nzula  explains that in Quebec a psychiatrist’s evaluation is not enough to qualify for medical aid from the government. The government only accepts a written evaluation from a doctor. But the waiting list makes it difficult to move on with any treatment for up to a year. And after the assessment the government will then provide the aid for the child for up till the age of six.
“After I got the psychiatrist’s evaluation it confirmed that my son had autism. The diagnosis paralyzed me and I wasn’t sure what my next move should be. I had to force myself to come face to face with this finding and I had to formulate a plan of action.”
And formulate she did, she was aggressive about getting her son’s evaluation. She looked into other provinces and finally found a hospital that could get to her son quicker. And meanwhile she begun educating herself more and more on autism and what she could begin doing for her son as she waited.
Her diligence paid of and she was able to have her son officially diagnosed and by this time she had come to terms with his condition. What came from the diagnosis were sessions with a therapist two or three times a week.
The therapy sessions were driving a hole in their accounts and Sazini kept on looking for other alternatives for treatment. The government only provided up $500 a year and each therapy session costs $125.
Following the advice of her occupational therapist she looked into an oriental treatment. After reading the research and going through the testimonials Nzula felt that this treatment was worth trying for her son. She completed a few tests and begun learning the massaging techniques.
“Qigong (pronounced chee-gong) Sensory Treatment (QST), or qigong massage, was a great therapy for my son.”
Qigong Sensory Training (QST) is a massage protocol, which has been developed over the course of 14 years, with 21 scientific studies. QST is based on Chinese medicine and has been used for over 3,000 years to treat medical conditions and improve health in children. QST is a patting massage and is designed to improve circulation of the skin and the rest of the body. It is quite different from western massage.
The direction of the massage is done away from the head, towards the hands and feet, and thus follows the direction of blood flow and brings oxygenated blood to the skin and sensory nerves.
Chinese medicine believes that children with autism and/or sensory challenges are often less aware of their environment and of their bodies because they have blockages in the sensory channels. This affects the way that a child can take in information from the environment. QST treatment uses a massage protocol to stimulate recovery and growth of tactile fibers by increasing circulation to the skin.
“After five months, the changes in my son were incredible. They transformed our family’s life. He started sleeping through the night, which meant that I was getting enough sleep for the first time in more than six years,” she says.
“His total autism score improved by 43%, his sense and self-regulation score improved by 55%, both greater than the average improvements observed in the research studies. Moreover, not only did his auditory sensitivity decrease, his verbal language increased and his sensitivity to touch improved so much that he started wearing socks for the first time. He still does, more than five years later.”
She soon became a qualified QST therapist  eager to share her knowledge and expertise with others.
“I was so overjoyed with QST that I couldn’t keep this knowledge to myself. I wanted the people on waiting lists for government services to know that they could start doing something relatively inexpensive and easy for their child. QST was a breakthrough therapy for autism that empowered parents to transform their families” she says.
With her second child, Sazini says, she was more prepared, she was able to start working on him before the diagnosis and what she had missed with her first son, she was able to incorporate the various treatments well in advance and she saw the signs and dealt with them.
In seeking a better life for her children, Sazini has found herself bringing together focus groups to educate and empower other parents.
And in the same spirit she decided to compile all her knowledge in a book  titled: Beautiful,  Inside And Out: What You Ought To Know About Autism. How to embrace the unique way your child is FLOURISHING .with the hopes of eliminating stigma and giving hope to parents by reassuring them that they can lead fairly normal lives.
April is autism awareness month all over the world and to commemorate this Dr. Sazini Nzula, will be having a book launch At L’espace Beaconsfield, on April 21st from 7:00 – 9:00PM.
For More information : 514 746 9464
Dr. Sazini can  also be reached at Facebook & LinkedIn: Dr Sazini
Twitter & Instagram:
@drsazini