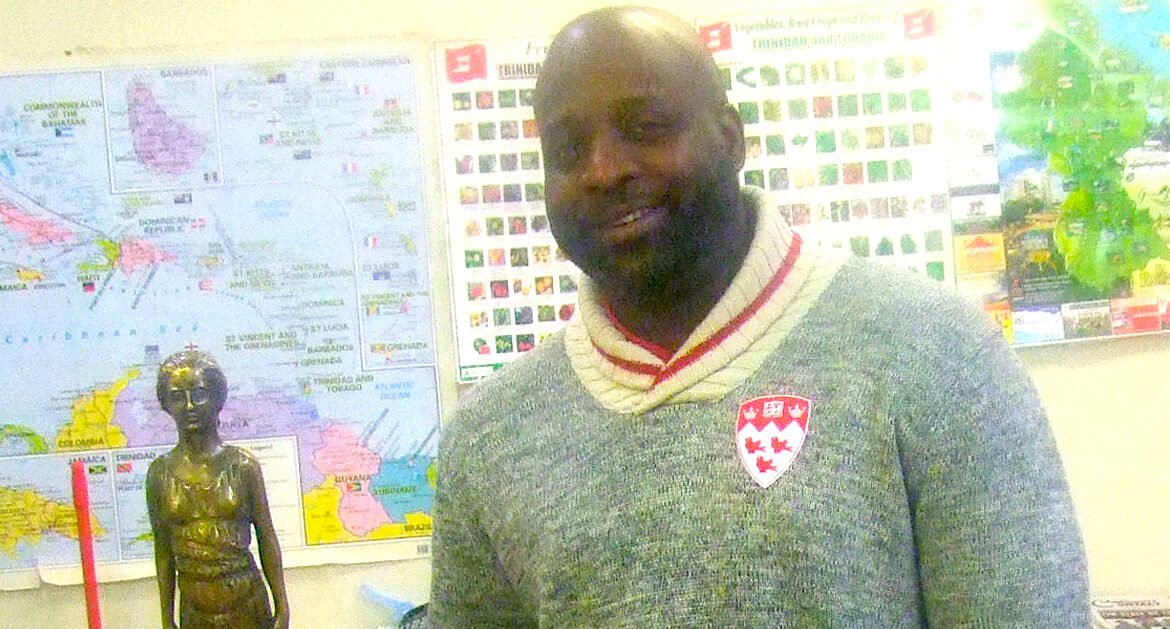 Ryan Thorne has grown accustomed to having some big victories on the basketball court both as a player and a coach. But it doesn’t get much better than the one his team, the McGill Martlets pulled off on Sunday, March 12, when they dominated the powerhouse Laval Rouge et Or to capture the Canadian university women’s basketball championship.
Thorne, a former Canadian University basketball standout with Bishop University Gaiters, has been coaching the Martlets for the past 14 years, taking them from being one of the lowest ranked teams in Canada to seven consecutive provincial championships.
When the Martlets rumbled over the Rouge et Or, 66-55 in the national finals, he became the first Black coach to capture a Canadian university championship in either the men or women division.
There’s a lot of pride that come with that recognition, Thorne told the CONTACT.
“Because we want our contributions to be positive all the time,” he says.
And as such, he doesn’t mind standing as a role model for the army of young men and women on basketball courts across Montreal and beyond, hoping to see how far their skills can take them.
He says he got to where he is today driven surely by his athleticism but also by his desire to learn the game.
“As a point guard you had to see the game and execute from a coach’s point of view,” which helped a lot when I decided on making it my profession,” says the former John Abbot  player who now holds a degree in Economics.
Thorne, who led the Gaiters to a national championship in 1997-1998 and was also a three-time Conference All-Star in the Quebec university league, forged a spectacular record in his 14 years as a coach.
Last year, in leading the Martlets to a Number 1 ranking, he earned the Canadian Inter-University Sports’ Women’s Basketball coach-of- the-year award, which stands beside the six Quebec university coach-of-the-year awards that he won in 2006, 2011, 2012, 2014, 2015 and 2016.
This year’s success in the Canadian university women’s basketball championships came with a team that wasn’t burdened with the same lofty expectations as last year, when the Martlets were expected to win.
“It was a lot less pressure because we didn’t go into it with the same record that we had last year, when we were ranked number one in the country,” he mused. “What was different this year, however, is that we were healthy and confident because all the girls had bought into the plan and were prepared to step up.”
Thorne spoke highly about the efforts of tournament MVP Alex Kiss-Rusk, who had 15 points and 20 rebounds in the finals, and the role she played in anchoring the team this year.
With this year’s success, the target is on their back and he says he’s aware that the only place they can go now is down. But he is not about to let that happen anytime soon, and is hard at work putting down the plans for next season.
Even as he maintains a steady ship at McGill, Thorne also has obligations to Canada’s Junior Women’s team where he serves as an assistant coach and will soon be on the road with them to France as they prepare for this year’s World championship in Italy.
For a man with a young family, Thorne says he is happy never having to be too concerned about not being there at all times because of the efforts of his life partner Kerry in holding the fort at the homestead with his three children. He also has his mom and his in-laws to depend on when he has to hit the road.
So he says whatever success comes his way is due not only to him but indeed his family and community.