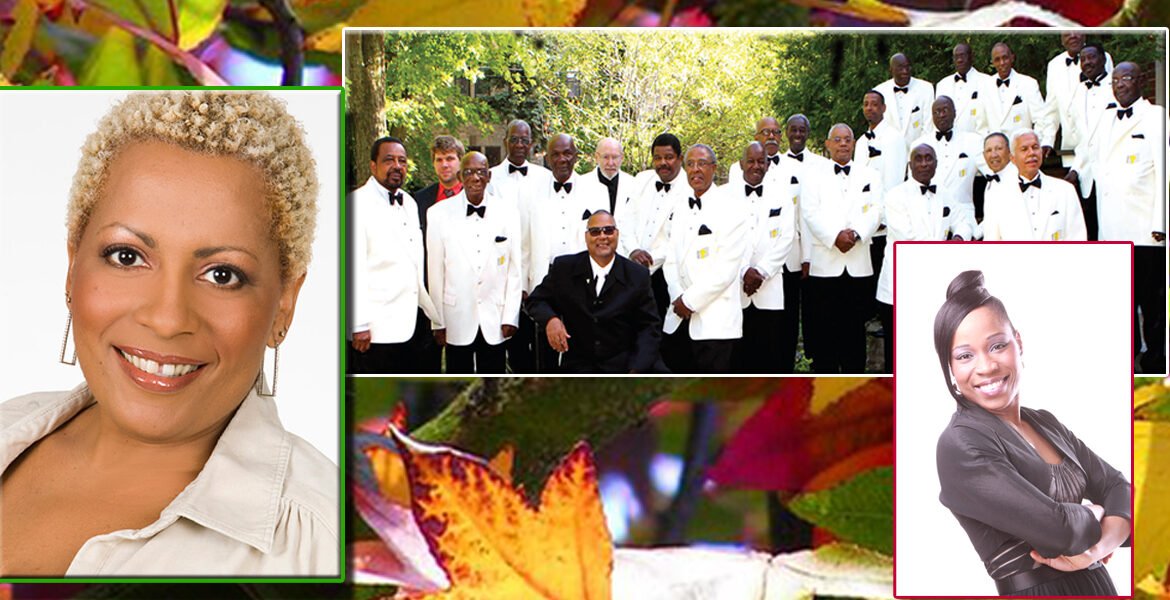 It’s safe to say, in the 18 years that the Men Gospel Choir of Union United Church has been hosting their annual concert hardly anyone has ever left without the upliftment and joy that gospel music offers.
Last October, in spite of the inclement weather, lovers of music and loyal fans and supporters jammed the sanctuary of the church on Delisle Street and enjoyed a laundry list of gospel favorites, some of the ole’ time standards mixed with a sprinkling of contemporary hits.
In their almost two decades on stage, the choir, which grew out of the Men’s Ministry of one of Canada’s oldest Black congregations, under the leadership of choir director Kim Sherwood, has perfected the art of serenading audiences.
This year, Union United Church celebrates its 110th anniversary, bringing a finer touch to the concert, which will be held on October 21.
So in keeping with the historic occasion, the guys have decided to celebrate this special milestone by bringing to their stage two of the brightest lights on the Canadian music scene today, Montreal’s Juno Award winner Kim Richardson and Toronto-based gospel superstar, Donnett Thompson Hall.
Richardson has been on the performance circuit since the 1980s thrilling audiences as a blues, jazz and R&B vocalist. She earned two Juno Awards as The Most Promising Female Vocalist in 1986 for her single “He’s My Lover”, and The Best R&B Soul Record Recording at the 1987 Junos for her second single, Peek-A-Boo, as a solo recording artist in the 1980s.
She moved to Montreal and continued to perform as a jazz singer with the Montreal Jubilation Choir as well as with several jazz bands.
Richardson also participated in the recording of the soundtrack to the 2011 film Funkytown, performing vocals on the Genie Award for Best Original Song nominee “Waiting for Your Touch” and making an acting appearance in the film.
Toronto-based Donnett Thompson-Hall has been making waves on the international gospel circuit since she burst on the scene in the early 2000s. She launched her first album “Ultimate Source” in 2011 and it was well accepted in the Gospel community. Her second gospel album “God Is Simply Awesome” was launched in April 2013.
Union United Church’s 18th Annual Men’s Gospel Choir Gospel Concert, under the direction of Kimble Sherwood, with Special appearance by Kim Richardson and Rev. Donnett Thompson-Hall on October 21 at 7pm, at Union United Church 3007 rue Delisle, Montreal, (Metro Lionel Groulx). Info: 514-932-8731 ext 0 & 450-676-7089.