Advertise with Us
Home Special Features Junior is 60. We ate and drank to that

Junior is 60. We ate and drank to that 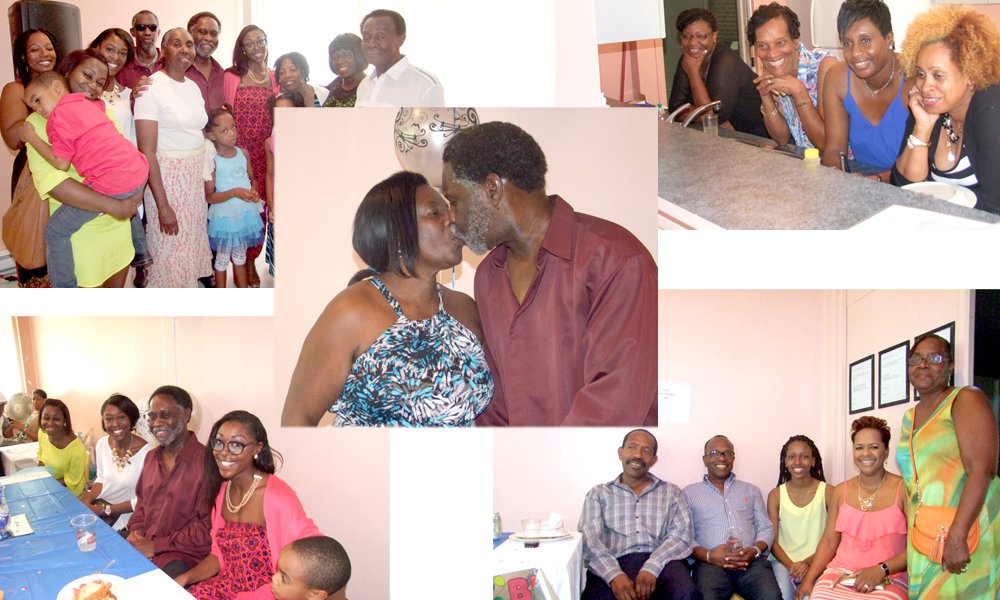 Relatives and friends gathered at The Forest Park Chalet in the west island and celebrated Frank Junior Gordon or is it Frank Gordon Junior… whatever it is, we all know him as “Junior” and Sunday, August 9, was his big 60th birthday.

A treasure to his family, Junior was surrounded by them, his three daughters and grand-son, together with his, father, two sisters and brother Joel with whom he spends much of his free time.
Plenty friends were also there, especially his partners from Hilltoppers Sport and Cultural Club for whom Junior is also a treasure because of his exceptional talent as an organizer and interpersonal skills.
Speaker after speaker waxed eloquently about an intelligent and humble man… a truly nice guy with a hearty laugh.
We all marveled at the fact that through all  his drinking, liming and frolicking over the years, the guy never, ever, uses a swear word.
The day-long event which got underway from mid morning was emceed by Nato Brown and organized by Junior’s life partner Agnes.