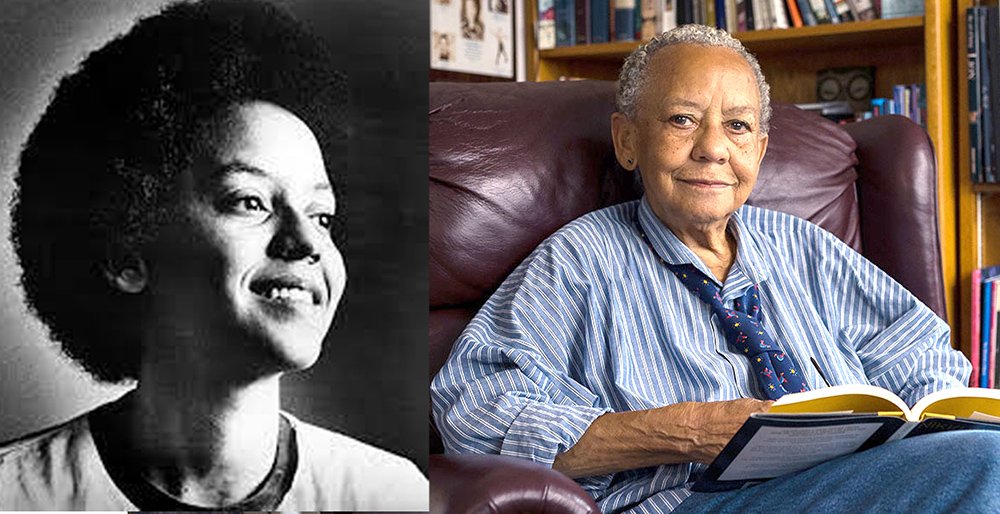 As she closes the chapter on her time in the classroom, Nikki Giovanni leaves an enviable 35-year legacy behind her. On September 1, Giovanni officially retired from her position as a distinguished professor of English at Virginia Tech, marking what the university calls the “end of a poetic era.”

Giovanni began her academic journey at Virginia Tech in 1987 as part of the Commonwealth Visiting Professor program, which was aimed at recruiting artists and scholars from minority groups to the university. She was recruited by Ginney Fowler, an English department faculty member, after hearing her speak at a conference. The essayist and author was then living in Ohio. She accepted the offer and relocated with her mother and her son to the New River Valley.
Born Yolande Cornelia Giovanni. Jr, in Knoxville, Tennessee, Giovanni was the younger of two daughters in a close-knit family. She gained an intense appreciation for African American culture and heritage from her grandmother. This early exposure to the power of spoken language influenced Giovanni’s career as a poet, particularly her sophisticated use of vernacular speech. When Giovanni was a young child, she moved with her parents from Knoxville to a predominantly Black suburb of Cincinnati, Ohio but remained close to her grandmother.
Giovanni was encouraged by several schoolteachers and enrolled early at Fisk University, a prestigious HBCU (Historically Black College or University) in Nashville, Tennessee. A literary and cultural renaissance was emerging at Fisk, as writers and other artists of color collaborated in cultural projects that explored and delineated the possibilities of Black identity.
In addition to serving as editor of the campus literary magazine and participating in the Fisk Writers Workshop, Giovanni worked to restore the Fisk chapter of the Student Non-Violent Coordinating Committee (SNCC). Giovanni graduated with a B.A. in history in 1968 and went on to attend graduate school at the University of Pennsylvania and Columbia University in New York.
She’s often referred to as the “Princess of Black Poetry,” and even before joining Virginia Tech, her art had seen her exalted to be part of the National Black Arts Movement. Her words propelled her to become one of the most prolific Black poets in history.
Giovanni is also a distinguished essayist and writer who has used her gifts to ultimately make the world a better place.
Giovanni’s first published volumes of poetry grew out of her response to the assassinations of such figures as Martin Luther King, Jr., Malcolm X, Medgar Evers, and Robert Kennedy, and the pressing need she saw to raise awareness of the plight and the rights of Black people. Black Feeling Black Talk (1968) and Black Judgement (1968) explore Giovanni’s growing political and spiritual awareness.
These early books, followed by Re: Creation (1970), quickly established Giovanni as a prominent new voice in African American literature. Black Feeling Black Talk sold over ten thousand copies in its first year alone. Giovanni gave her first public reading to a packed audience at Birdland, the famous New York City jazz spot.
In 2005, Giovanni created a poetry competition to pay tribute to the late Charles Steger, who served as Virginia Tech’s 15th president. The annual contest was eventually renamed the Giovanni-Steger Poetry Prize competition, and it offers a cash reward for students of all disciplines.
The literary legend is also recognized for organizing an event to commemorate Toni Morrison’s legacy in 2012 at Virginia Tech. Maya Angelou and Rita Dove were among the attendees.
Giovanni has received numerous awards and accolades for her work including seven NAACP Image Awards, the Langston Hughes Award for Distinguished Contributions to Arts and Letters, the Rosa Parks Women of Courage Award and over twenty honorary degrees from colleges and universities around the country. Oprah Winfrey named Giovanni one of her “25 Living Legends.” Giovanni has even had a species of bat named after her, the Micronycteris giovanniae.
Though Giovanni’s professorship has run its course, she is not retiring her pen. Her newest children’s book, A Library, which will be debuting later on in the fall, chronicles her weekly visits as a child to a segregated library.

“I want my students to not accept what they are hearing, but to look and say ‘what kind of sense does this make?’ and ‘what is going to be the end result’?” Giovanni is quoted as saying with regards to her goal of mentoring students, per the university announcement.
As a key figure in the Black Arts Movement, she used poetry and prose to tenaciously depict the conditions of Black Americans.
“The clock is ticking somewhere, and I thought if I don’t get some of the stuff, I want to write written, then the clock will stop ticking,” Giovanni is quoted as saying