Efe Latham and Regan Cornford have stories to tell 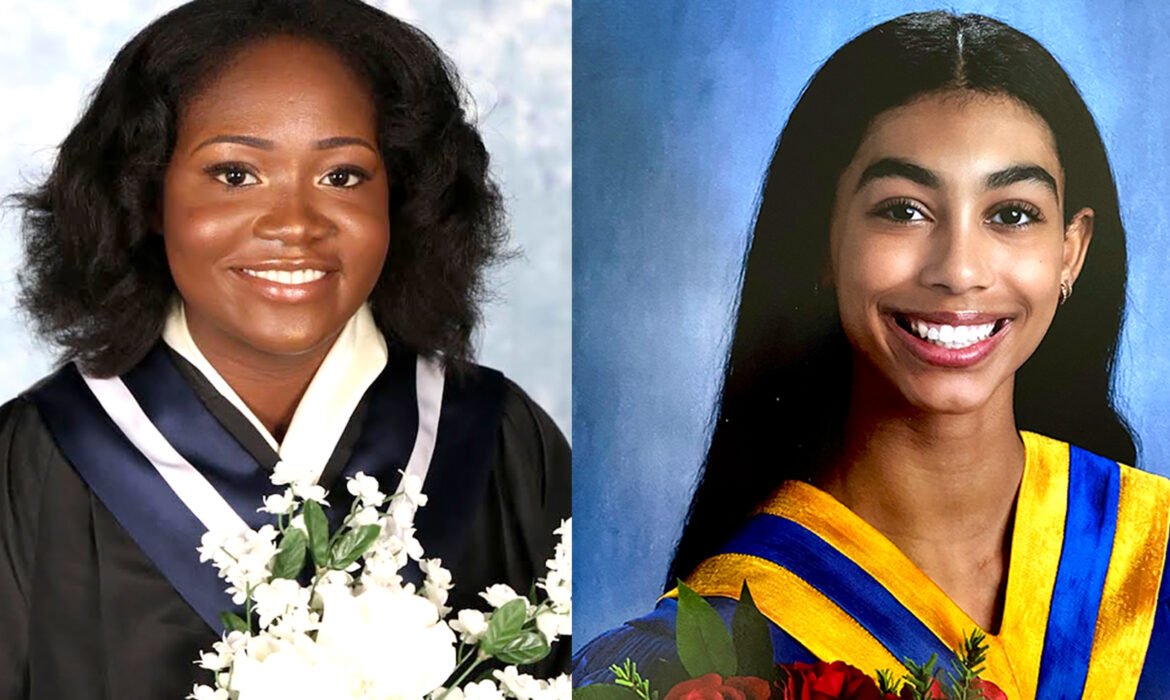 As part of its collaboration with The Trevor Williams Kids Foundation, Montreal Community CONTACT is hosting two young Montrealers, Efe Shaquana Latham and Regan Cornford as communications interns on an eight week project.
The two high-achieving student athletes are well on their path to attaining individual goals and are dedicating some of their busy schedule to strengthening their communication skills.
Their blog, ‘Rising Above’ is accessible and their first installments are featured here:

Eyes set on the Olympics and becoming a doctor 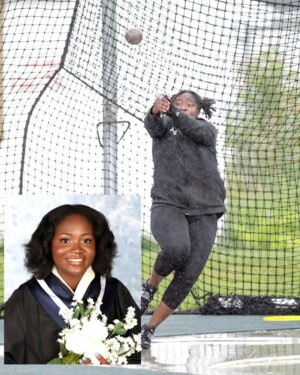 I hated hospitals growing up.
From a young age, I’ve been in and out of them. Most times, I would leave the establishment unsatisfied. Unhappy with the care administered.
I vowed to become a doctor and never let anyone leave feeling that way.
Hospitalization is one of the worst things that can happen to a friend or yourself; therefore, treating the patients with respect and making them feel heard is important.
I know the path to becoming a doctor is very lengthy. It takes around 10 to 14 years to be a physician and in doing so, it demands hard work and dedication. You must first complete four years in an undergraduate program.
Then study for the medical college admission test (MCAT) to get accepted into medical school. It covers physics, biochemistry, biology, general chemistry, organic chemistry, psychology, sociology and critical analysis and reasoning skills. Once you are accepted into medical school, you have another four years ahead.
When all the schooling is done, it’s now time to put to work what you’ve learned by completing a residency where you shadow and learn from real doctors for about three to seven years.
Physicians worked tirelessly to be where they are: lots of years in school and the training is arduous. But at the end they are well compensated.
However, medical school doesn’t teach doctors how to be unbiased.
And although this is not attempt to discredit doctors or the healthcare system but many Blacks have reported negative experiences due to a lack of cultural sensitivities.
Also because we as Black people are underrepresented in the system.
As you enter a hospital, you can see the lack of diversity. UCLA conducted a survey showing that in 2018 there was only 5.4% of black physicians and 2.8% of them being women in the U.S. The numbers are even lower in Canada with just 2.3% including both genders.
I feel like if I became a doctor, I can break barriers. Certain physicians have it in their head that Black people are biologically different. They then underestimate the patient’s pain and provide poor care. We then don’t receive the same treatment as everyone.
No matter their race or background, I would strive to give the best care possible.
According to Forbes: “ Black people are 40% more likely to die from a stroke and three times more likely to die from pregnancy-related complications compared to non-Hispanic whites.”
I aim to lower these statistics. Fortunately, I completed my first year of pre-med in the United States.
I ended up in Kansas due to an athletic scholarship that I received. I do track and field, more precisely, I am a thrower.
For the hammer throw, I currently stand at number one in Quebec and number 11 in Canada. For the shot put, I’m also number one in Quebec and number seven in Canada. While I was in the States, I was ranked third in the nation for hammer.
I excelled quickly in this sport. To think that I only started in 2018.
I knew this was my calling when I made Team Quebec in my first year of competing. I then started surpassing other athletes that have been throwing from a young age.
In 2018, I also came first in shot put and javelin for Quebec games. This summer, I have a chance to make another Quebec team for Canada games this August being held in Niagara Falls.
I aspire to make Team Canada one day and go to the Olympics.
My athletic journey and academic journey has just started and I’m far from being done. I have big dreams and I want to accomplish all of them.
In this life, nothing is impossible. You just have to give it your all and you’ll succeed. There might be hurdles in the road, but you must be willing to jump over them to reach your destination.

MVP basketballer has a passion for helping others heal

The Future is Physio 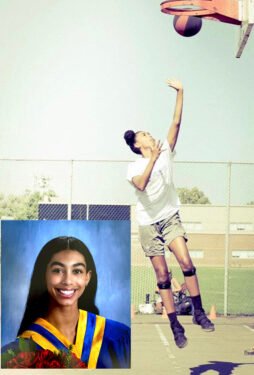 Two years ago, my grandfather was bedridden in the hospital. He had to undergo physical therapy in order to regain his strength and ability to walk. Upon his return home, I would often help him with exercises and thoroughly enjoyed the process. This sparked my interest in the field of physiotherapy, and led to my decision to pursue it in CÉGEP.
Seeing the progress my grandfather made was extremely fulfilling. Being able to have helped him improve his quality of life was a great achievement. I hope to do the same for many others in the future as a physiotherapist.
Physiotherapy is currently a career that is in high demand, mainly due to the aging population. The number of seniors seeking a physiotherapist is increasing at a rate of 7% per year, which is faster than the adult population in general, according to Bayshore Healthcare.
At this time, the average salary of a physiotherapist is approximately $78,000 per year. With the intense demand for workers in this field, it is evident that this will increase in the upcoming years.
The objective of physiotherapy is to restore and maintain mobility. The exercises performed help to improve a person’s quality of life through physical rehabilitation. This results in independence, improved well-being and health and fitness.
Health and fitness are two aspects that greatly interest me. I have always been a very active person as I have played many different sports growing up such as soccer, flag-football, volleyball, swimming, gymnastics and basketball.
I’ve made my biggest strides as a basketball player. I began playing at the age of five, encouraged by my father as he is a coach. I played for the Châteauguay Ravens and the Howard S Billings Blazers as a forward / guard.
My leadership skills and dedication to these teams, provided me with the honor of being captain as well as being awarded MVP in my midget and juvenile years. Currently, I am beginning my first year playing with the Dawson Blues D1 team.
Working in healthcare is another one of my interests. The human body and how it functions is fascinating to me. My desire to expand my knowledge and help others once again demonstrates how this career is right for me.
A career in physiotherapy allows for plenty of versatility as there are 10 different specialties related to this field. The 10 specialties being; cardiovascular and pulmonary, geriatrics, orthopedics, neurology, pediatric, oncology, women’s health, electrophysiology, sports, and wound management.
There is also the option to work in different healthcare facilities such as clinics, hospitals, home care or even opening your own private practice.
Physiotherapy is an exciting and consistently evolving career. It offers challenges that both you and your client must work to overcome. A lot of hard work and dedication is required in order to succeed.
All in all, it is worth it and maybe a career option for you as well.