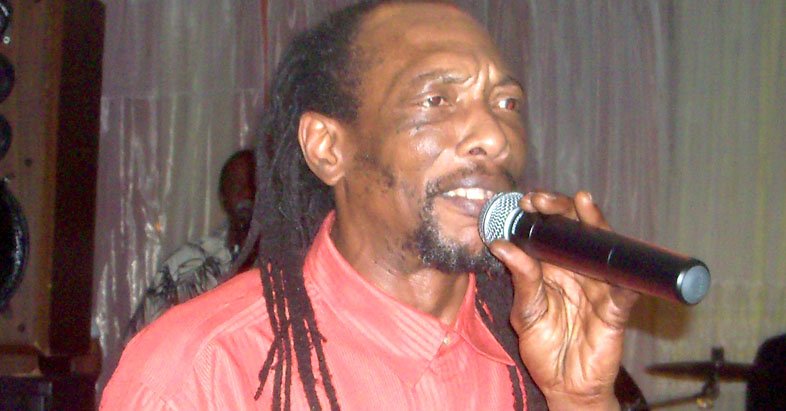 For many of the people of the Caribbean living in cities across North America, calypso remains one of their most cherished cultural expressions.
It’s the way they dance.
And over the years, some of the top bards outside of the Caribbean could be found here in Montreal.
Among those standing at the top of the heap is an easy-going, unassuming Grenada-born calypsonian, Byron Cameron, known here and beyond as “Doggies,” who in the decades that he has been on the circuit has distinguished himself with his commanding stage presence, captivating  lyrics and bouncy melodies.
This year, Doggies, whose unique style has taken him to the pinnacle of local calypso on several occasions and once in his native Grenada, is celebrating 30 years in the art form, proud of what he has achieved so far, but eager to contribute more.
“For me, calypso has always been about the message and allowing writers and performers opportunities to share those messages with our audience,” he says.
“In fact, the message that comes with calypso is what (distinguishes) it   from soca, which is like its off-spring, and far more popular today. A lot of people still enjoy a good calypso.”
Since 1988, when he moved to Montreal, Doggies imposed himself on the local calypso scene competing with heavyweights such as Skippy, Web and others who went on and established themselves on the national scene.
By the mid-1990s Doggies was one of Canada’s top calypsonians winning the Montreal monarch title back-to-back in 1990s and then again in 2014.
Even as he dominated the local scene, he remained convinced that the Caribbean was the real “springboard” from which he could launch his calypso adventure. Since about 2000 or so he has been making regular pilgrimages to Grenada where he performs at various calypso tents and competes in the competitions.
“As a calypsonian, I also love being home in the Caribbean because it’s such a fertile environment for me to write,” he says. “Whether it’s politics or anything else, you’re always in the middle of the action down there.”
In doing so he became the country’s first ever crowned Groovy Soca Monarch in 2001.
Doggies says he remembers his first foray into calypso in Grenada, when he penned his first composition, Tanty Merle, which was well received by audiences. Then he started to perform with a local group, Moss International, and marked his first big hit, “August Rain,” with them.
Among the many other hits that he gave the calypso world over the next three decades are “Woman I love you”, “Face to Face”, “Mr. Chin”, “Old time Carnival” and “The Dream.”
Doggies is taking his 30 year milestone in stride and says he plans to continue to bring his music to the people.
“You can’t just stop writing and performing. There’re too many issues out there that needs our attention. Calypsonians still have a role to play.”
He is also hopeful that there will be a revival of the art-form in Montreal.
“We still have some of the very best here in this city, hopefully we can come together and take calypso to its rightful place.”
Montreal Community CONTACT the rest of the community in congratulating Byron Doggies Cameron  for his achievements and contribution to calypso in Montreal and Canada.

Join Doggies, along with some of his fellow artistes— Kenny C and Jenny Noel,  Jab Jab and MC Fatman George —along with fans and friends as he celebrates 30 years of making Soca music on Saturday, May 20 (Victoria Day Weekend), at the Community Centre, 6767 Cote-Des-Neiges Road. Cash bar, and food on sale. Showtime 8 PM.,