Advertise with Us
Home News Community News Deadline for all health workers in Quebec to get vaccinated set to Oct. 15

Deadline for all health workers in Quebec to get vaccinated set to Oct. 15 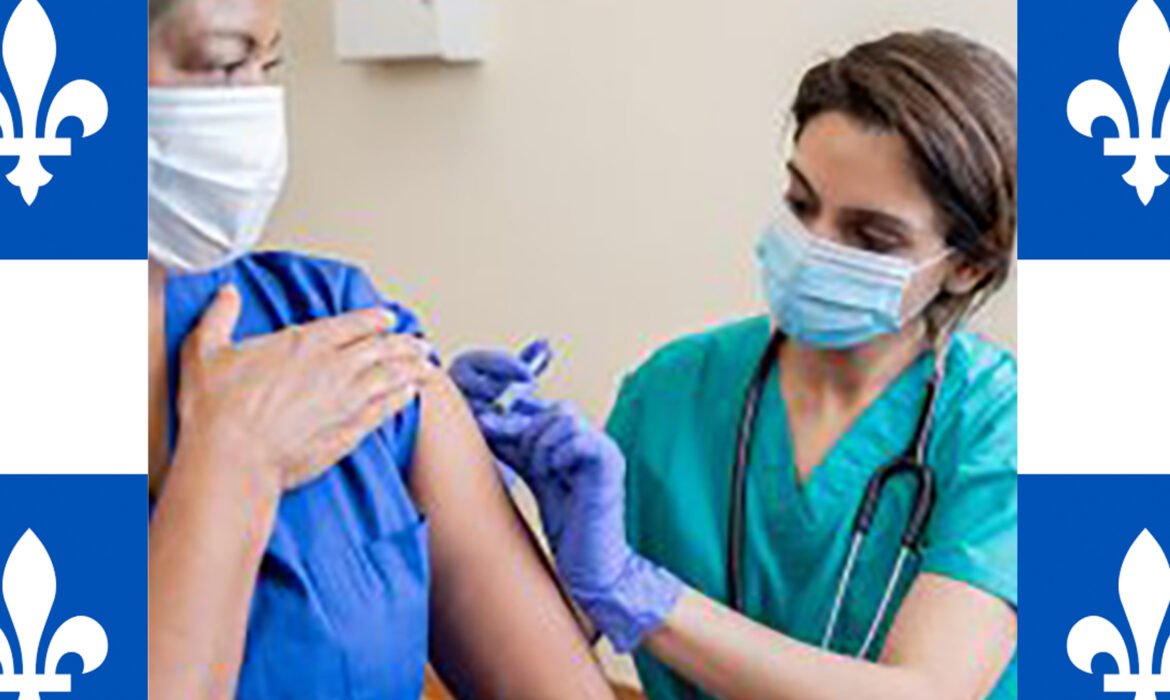 On Tuesday September 7, the Quebec government announced that all health care workers no longer have the option of turning down the vaccine. And as of October 15, healthcare personnel who have not been vaccinated will be suspended without pay.
Quebec Health minister, Christian Dube said the mandate applies to “everyone.” This means janitorial staff and other support staff are included in the directive and it applies to both public and private sector workers.

This is a change from the prior mandate which only applied to workers who had to deal with patients for over 15 minutes. The ethics committee of the Quebec Institute of Public Health (INSPQ) had also stated in January, that mandatory vaccination of health-care workers should be avoided out of respect for their autonomy and freedom of choice. However, eight months on the institute’s ethics committee believes that the situation of the pandemic has changed and that its view on the issue must, therefore, be different.
Following hearings held by a National Assembly committee and recommendations from public health, the government decided to apply the measure to anyone working in or visiting a health or social service centre — including employees such as secretaries. Dubé said he heard from doctors who pointed out all staff is “in contact at one point during the day with people who are serving the patients.”

About 50,000 workers in the public health-care system are not vaccinated, and according to Dube there are probably even more in the private sector. He also announced Quebec’s vaccine passport requirement will apply to people visiting hospitals. The passport came into effect one week ago — on Sept. 1. It is required for most non-essential services, including for restaurant and bar dining rooms and terrasses.

The president of one of Quebec’s largest union federations said that 18 months into the pandemic and with no end in sight, suspending an employee without pay is effectively the same as firing them and many others feel that this is a violation.