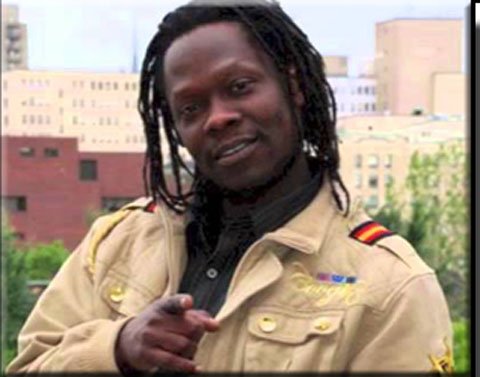 The album is called  Ginga.
Ginga can be interpreted as a rhythmic expression of Brazilian counter-culture. It shows itself in the way they do their thing on the football (soccer) field… the creativity and movement that Pele passed on to Neymar. It’s also the way they dance.
But most of all, Ginga is about resistance… challenging what is normal and accepted.
That’s what King Shadrock is all about these days.
Reggae music is his life and he has big plans to share it with as many people as possible to help himself and other struggling artists in Montreal and across Canada.
That passion and commitment is driving him to sidestep all the obstacles in his way.
“For me, reggae music is fulltime, but at what I and other artists have to deal with in this city, there’s no market for the music, no real outlets or venues for us to play our music and promote ourselves.
“It’s a shame that we have the biggest Reggae Festival in North America here, but still can’t get a Montreal artist on stage as one of the headliners. But I don’t let all that negativity stop me, I continue to try to make things happen.”
In addition to planned performances at the Nuit D’Afrique Festival in Montreal and Quebec City he has several shows lined up in Toronto for the summer.
Shadrock also points to several big projects he will undertake in the coming weeks, one of which will be to try to make it through the Rasta Fest Battle of The Bands in Toronto, which in turn can earn him some much-needed publicity and resource to take his music to Jamaica and beyond.
But as always he needs money to get there.
Ginga, the album, is his way to reach out to music lovers to help in his crusade to promote his music and push reggae. All monies raised will go towards helping that cause. But it’s not the reason why people should buy this album.
As its name suggests, Ginga pushes the bounds of creativity with nine tracks that cover the various styles of the genre… offering a little conscious reggae, a little rub-a-dub  and everything else, all delivered in Shadrock’s unique fashion and compelling voice.
True to form, he was able to attract the support of a Belgian record label, Makoka, to get this album off the ground. He said his collaboration with them will assist in his fundraising efforts to  get his 2017 projects off the ground.
And his call goes out to those who love music, those who love reggae, those who love to see independent artistes strive, to pick up a copy of Ginga, with the assurance that the rhythm will move you.
The album has been released both on-line and available at selected outlets.
Contact: kingshadrock.booking@gmail.com or
Marion Rigal 514-677-0034.
https://www.facebook.com/KingShadrockofficial