Advertise with Us
Home News Carifiesta bands ready for the Road

Carifiesta bands ready for the Road 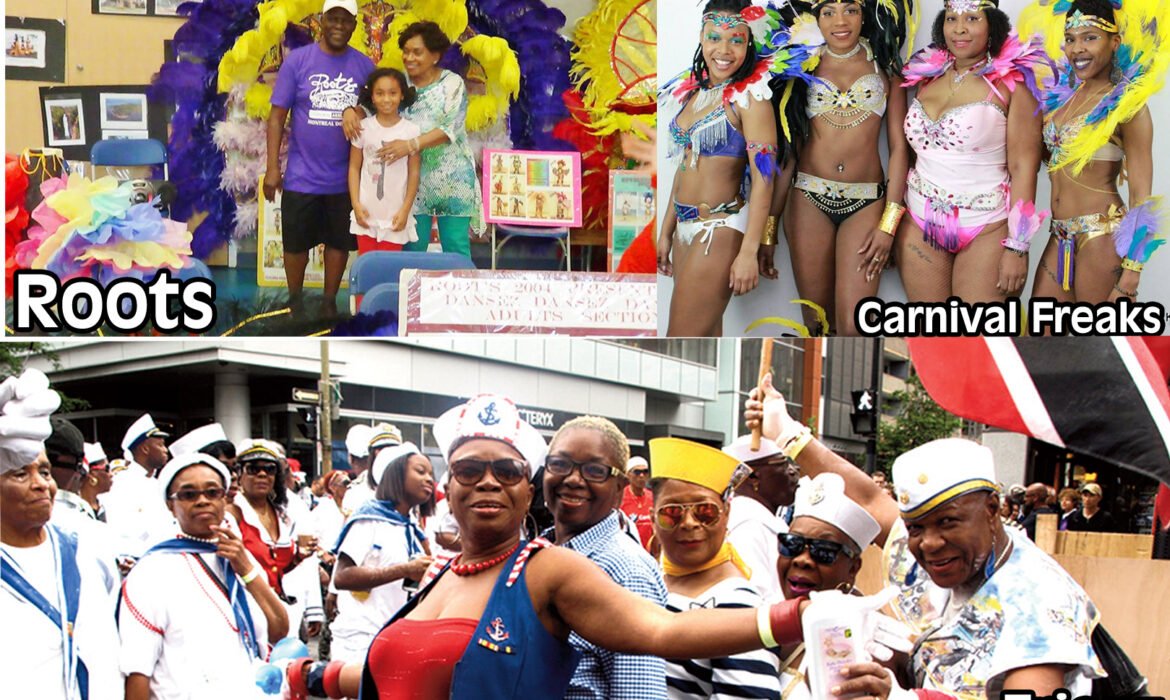 Preparations for Carifiesta  2017 continues at a hectic pace as mas bands  dive into their fundraising routine and start putting pieces of the costumes together.
Several  of the bands including  Carnival Freaks and Frienz  have already launched their 2017 presentations and are now busy encouraging Montrealers to get involved in what is expected to be a grand parade on St. Catherine Street on July 8.

They will kick off the celebration early with an all day J’ouvert Day fete with Grenada’s effervescent Lavaman for the army of Jab Jab lovers in Montreal.
It takes place on Sunday April 30, from 2 PM to 7 PM at the V Lounge on 90th Avenue in LaSalle and promises to be non-stop jab bacchanal that will bring together jab jab masters Purple City HD from Toronto with Montreal hard hitting DJs, energy Squad, Nemises Sounds, Digital Movement, Kush, Soca Syndicate, Spice Connections and JE Bunns.
Hosted by Brandon Ohlala and Anthony G.
Tickets and info 514  833 2503, 1 647 621 4522, 514 885 9059.

Roots Cultural Association— Nostalgia
Montreal’s perennial top mas band will be reminding the city why they are the best with their presentation of Nostalgia.
Mas lovers with get to re-live the Roots experience from decades gone by to today as some of the band’s top designers and mas makers getogether to bring the past alive.
Nostalgia will be launched on Sunday May 21 at 6767 Cote des Neiges. Info 615 927 0440, 514 884 0448.

FrienZ : Sailors Still Ashore…… We Blu An We Jammin Still

FrienZ  is Montreal’s newest and most exciting sailor band. Last year, many thought that they were the toast of the town with their Sailors Ashore presentation.

They are back for Carifiesta 2017 with their presentation: Sailors Still Ashore…… We Blu An We Jammin Still and they’re promising the same excitement and fun with non-stop soca and chutney music fueling the parade.
And as they were they will be accompanied by the sweet sounds of the Playboys Steel Orchestra.
With a grand variety sailor costumes on hand, they’re  putting together a full contingent of  mas-lovers in for the 2017..
The initial band launch took place  on April 15. at Westhill Community Center  but their big fundraising event will be  on Friday, June 3  at Caribbean  Paradise  Resto,  8080 Newman, LaSalle.  $10. at the door. It’s a summer good time with lots of Caribbean food, non-stop music and dancing. Info. 514 234 8549 or 514 708 5714.