Advertise with Us
Home News Community News Call her Ms. Trish of all trades

Call her Ms. Trish of all trades 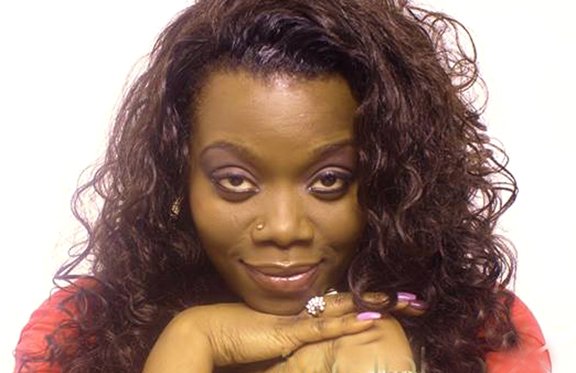 This communication specialist is a bubbling cauldron of creativity

Tricia Henry playfully refers to herself as Miss Trish, or better yet, Trish of All Trades, but she’s all business when talking about her intent to stamp her name on the entertainment landscape from Montreal and beyond. So whether she is writing a blog that touches on entertainment, social and personal issues working on documentaries or broadcasting her daily on-line radio show, Mornings With Miss Trish (Your Favorite Cup of T), she dabbles in it all.
“Creativity is my passion,” she told The Contact recently in a late night telephone interview. “And I’ve always loved to see and hear people tell their stories so I began wanting to tell stories also.”
Her foray into the various forms of communication followed her completion of the Broadcast Journalism program at Seneca College in Toronto, where a class in documentary filmmaking stoked a fire in her.
In 2011, she was able “to get her feet wet in the filmmaking business when she got an opportunity to direct a short film, “The Interrogation”, a drama filmed in TO saying that although it didn’t meet the intended success, encouraged her “to keep writing and creating.”
Tricia says, her hope is to take the unwavering love she holds for making documentaries to the next level by producing films on the many issues about which she is passionate.
She is currently fleshing out plans for a documentary on mental illness that she aims to present to Montrealers later this year.
The young LaSalle resident says it’s a medical condition that has remained hidden in ours and other communities across the city for too long and it’s one of those issues that drives her, and on which she wants to shine a spotlight.
“So many families are affected by mental illness,” she says. “Yet we don’t want to talk about it… it’s taboo.”
She says her hope is to get this documentary done, and if possible have it screened at the Montreal Black Film Festival.
Tricia says she is also focused on making a success of her online radio show which streams between 9:00 and 10:00 a.m. Monday to Friday on www.vibescity.com.
It’s an opportunity, she says, to present something aimed directly at empowering listeners.
“I try to encourage people to be a better version of themselves… push towards their goals and try to be happy,” she says.
“The way I see it: there’s a lot of shit going on in the world today, at least try to be happy.”
She says she is not political but stays abreast of current issues and tries to find the positive side of things to bring them on her show, which she says is punctuated with the music that she loves: Soca, reggae, R&B, soul and funk.
The 31-year-old, who was born in Montreal, grew up in LaSalle in a home that was immersed in the culture of Trinidad and Tobago, and the Caribbean. Her parents Pat and Francis were lifelong supporters of all things community.
She says she is beginning to hold a harder line when it comes to her generation and her community.
“I’m troubled by the fact that it’s so difficult for us in the Black community to support each other,” she says. “Some of us are actually going out there and trying to do things bigger and better but still aren’t getting the support or even the encouragement from others in the community.”
As a busy body who routinely works more than 16 hours a day, she points a rigid finger at those in her generation who she says have “become comfortable living in fear of stepping out of their comfort zone.”
“Many of them also live in fear of hard work. To those who do, I say: after a while, the party has to end.”
And she points to social media as a way to develop new ideas and reach new audiences.
“We are living at a time when the potential of getting your message or your project out there is limitless so it’s really up to you to just do it.”