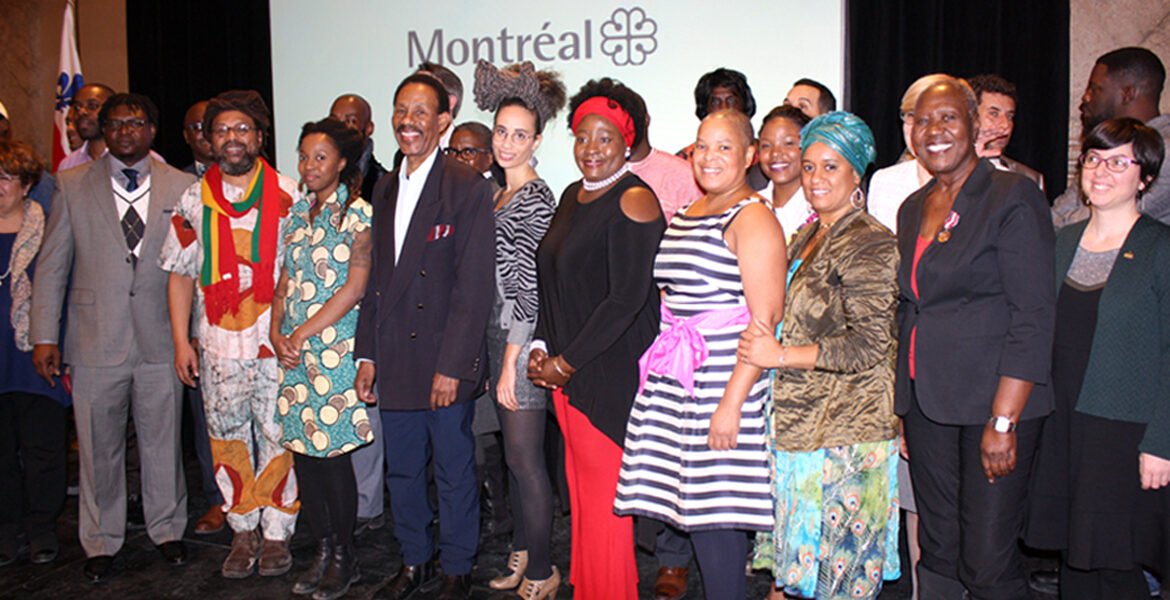 Sixteen Montrealers and a group of community activists are being recognized for their achievements and contributions as laureates in the 2018 Black History Month calendar.
Among the 16 are several well-recognized names in the community, including Dr. Mryna Lashley, the first Black associate dean at John Abbott College and a professor in the department of Psychiatry at McGill University. She is also the Honorary Consul of Barbados at Montreal.
Music maven, Duke Eatmon is also featured in the calendar recognizing the spectacular work sharing the history of Black music, as a commentator at CBC Radio, and as an instructor at Concordia University and McGill University. Duke is also a columnist at this newspaper.
Another well-recognized name among the laureates is Adrienne Piggot who is chair of McGill’s Subcommittee on Racialized and Ethnic Persons. She is also involved with the Black Academic Scholarship Fund and in community theatre with Teesri Dunyia.
Emilie Nicholas is another high profile member of the Class of 2018. A well-respected academic. Nicholas is a Vanier Scholar and Ph.D. Candidate in Linguistic Anthropology at the University of Toronto.
She is the co-founder of Québec Inclusif, a movement that seeks to unite citizens against racism and social exclusion. She also sits on the executive committees of the Canadian Race Relations Foundation and the Broadbent Institute and the Fédération des femmes du Québec.
Other community stalwarts recognized included:
• Thierry Lindor – stockbroker and founder of Lindor Group and Orbis
•Garihanna Jean-Louis-First Black graduate of the Ecole nationale de le l humor
• Gabriella Garbeau – author, anti-racism activist and founder of a specialized bookstore for racialized people
• Felix Zogning – an associate professor of finance and accounting at Université du Quebec en Outaouasis
• Louisa Lafable – co-founder of the Association des Reunionnas du Quebec and the Yes We Can Canada Association
• Jocelyn Bruno alias Dramatik – activist and member of legendary Hip-Hop group Muzion
• Charles Ali Nestor – spokesperson for Maison de repit La Ressource and founder of Academie Ness Martia, a martial arts school and Ecole de la Releve, a sports-study immersion program for struggling kids
•    Malik Shaheed – YMCA peace medal recipient and founder of Eat to the Beat, first Black TV host on Musique Plus
•    Special mention was given to SYLVIE GUIGUEMDE, founder of the Fleur d’Orchidee Agency fighting against injustices, homelessness among women victims of domestic abuse and to the Equipe RDP for 20 years of good service to the Riviere Des Praries and Montreal.
Special tribute was paid to Gloria Baylis, a trail blazing entreprenuer in the medical equipment field, and to acclaimed music teacher Daisy Peterson Sweeney.
The laureates were presented to the public at the launch of Black History Month 2018 at City Hall on February 2, where Mayor Valerie Plante addressed the gathering and recognized the contributions of the Black and Caribbean community to the city of Montreal and the province of Quebec.