Advertise with Us
Home Events A raw, intimate, and timely exploration of queer male Blackness Black Boys on stage 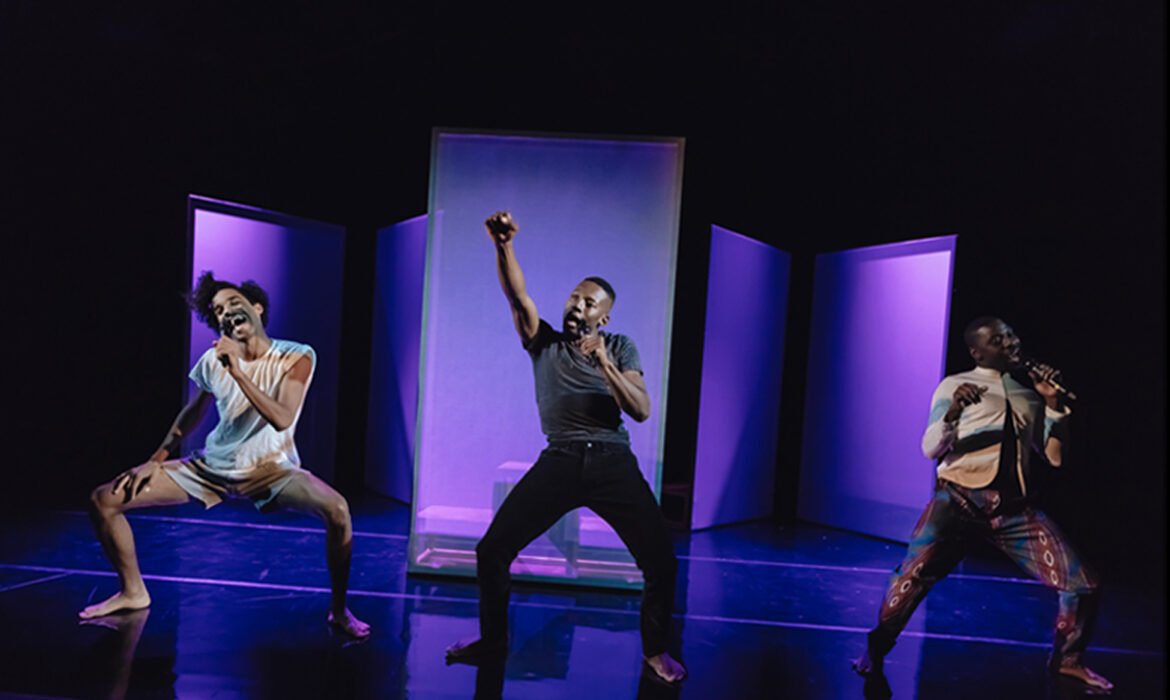 When three friends united by color and sexual orientation came together, they begun to conceptualize a production that would clearly articulate their narrative. That is how the Black Boys, was birthed.
The three artists, Stephen Jackman- Torkoff , Tawiah Ben-Eben M’Carthy and Thomas Olajide created the play and used it as a conduit to tackle issues on, race, sexuality and gender.
Through intimate monologues and poetry they weave a passionate exploration of Blackness and masculinity from their eyes.
The play is an extremely bold and poignant piece tackling their queer identities and their perspective of race. They each explore their unique identities on stage and subvert the ways in which gender, sexuality, and race are performed.
Each of three performers are armed with a distinct point of view on their specific black narrative. Taiwah gives his Ghanaian queer experience, from wearing his mother’s clothes as a child in secret to finally deciding to live his life, “out”.
As for Stephen Jackman-Torkoff, he articulates his journey as a biracial man, raised in an all white foster family and some of the challenges he faced to try find his voice. And Thomas Olajide spins his tale and shares in a poetic fashion the hurdles he had to overcome to be reach where he is.
The play has been hailed as a renaissance piece for the modern queer black man.
The Toronto Star, has praised its, “unique point of view and the guts to make it heard,” and CBC Arts’ own Amanda said, “I think this is probably the most important theatre production I’ve seen all year. It had me on the edge of my seat. I was completely speechless after it was done but haven’t stopped talking about since.”
It will  run in  Montreal from  February 13-17 at Espace Libre in conjunction with the BLACK THEATRE WORKSHOP