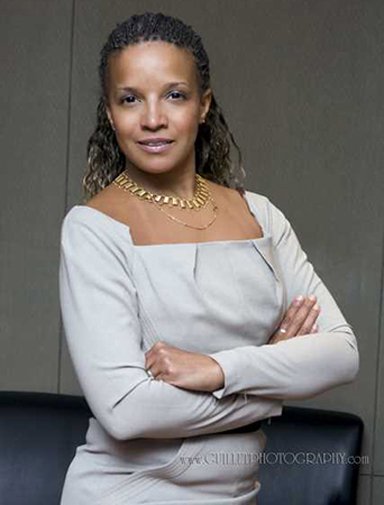 Tamara Thermitus, an accomplished Haitian-born civil litigation lawyer with the Department of Justice Canada, has found herself at the center of a political tug-of-war at the National Assembly over who should become the new head of the Quebec Human Rights Commission.
To be named to the position, Thermitus needs the support of at least two thirds of MNAs, but unanimity is preferred.
In the final days of the fall session at the National Assembly, the government and opposition parties sparred over her candidacy.
Earlier this month, La Presse reported that the Parti Quebecois was blocking her nomination, which was put forward by the Liberals. A source told the newspaper there were concerns Thermitus was too close to Liberal cabinet minister Dominique Anglade, who is also of Haitian origin. The same source also said Thermitus was considered “very pro-multiculturalism.”
If appointed, Thermitus would be the first Black person – and only the second woman – to oversee the organization since it was created in 1976.
Questioned about the report in La Presse, PQ leader Jean-Francois Lisee initially suggested the Liberals had not made enough of an effort to recommend an acceptable candidate.
“It’s the government’s duty to propose persons that can gather two thirds of the votes at the Assembly, so we’re asking them to try harder,” he said.
Justice minister Stephanie Vallee said she was stunned by the PQ’s position.
“I have no idea why they are refusing, but it’s creating a problem,” said Vallee. “I understand that we have a process here at the National Assembly, but it shouldn’t be politicized.”
The apparent stonewalling of Thermitus’s candidacy sparked outrage amongst her supporters, including other professionals in the Black community who posted their comments on Twitter with the hashtag #NommezTamara.
The Center for Research Action on Race Relations (CRAAR) issued a statement demanding to know why the PQ was blocking the nomination of a “highly qualified” candidate, saying Quebecers of all origins should be “very preoccupied.”
Faced with a growing controversy, within hours of confirming the party had rejected the nomination, the PQ leader reversed course.
Lisee said he and PQ justice critic Veronique Hivon spent the day reviewing the case.
“I looked at the file harder and closer and I came to the conclusion that she was the best candidate for the post,” said Lisee. “I’m very close to the Haitian community. I had conversations and contacts with many in the community. I think she is a candidate of great value. It’s going to be a great symbol for the Haitian community in Quebec, so I support the nomination.”
The Coalition Avenir Quebec, the second opposition party at the National Assembly, also initially refused to commit to supporting the nomination.
Thermitus, an award-winning anti-discrimination advocate who has worked extensively with indigenous communities, was the main negotiator for the federal government’s Truth and Reconciliation Commission. She has also served as president of the Quebec Bar’s Committee on Cultural Communities, and has been credited with flagging issues of racial discrimination within the legal profession. Thermitus was instrumental in developing a course on the social context of law, which is now a mandatory part of the curriculum for the Quebec Bar. She is also the first Black woman to win a Prix Mérite from the Quebec Bar.
Discussions about Thermitus’ nomination will resume when the National Assembly reconvenes in February.
Reached by telephone, Thermitus said she could not comment on the ongoing process.