Advertise with Us
Home Special Features Talking Black to Canada 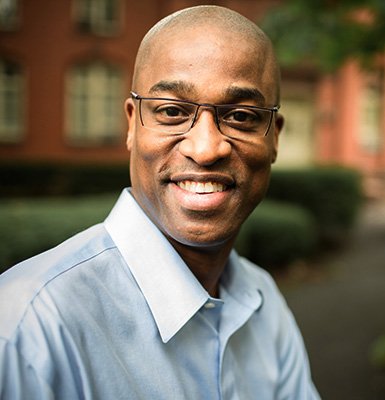 Dr. Anthony Stewart raises his voice against our exclusion from authority, influence and expertise

Even the most casual observer will tell you that the state of Blackness in Canada is troubling. In every city from Toronto to Montreal to Halifax where there is a significant representation of Blacks, evidence of marginalization manifests itself in troubling rates of high school dropouts, unemployment and underemployment, and alienation.
Ottawa-born Dr. Anthony Stewart, a scholar of African American Studies and Black Canadian Studies and noted author, has determined that much of what plagues our community hinge on a long history of us accepting Canada’s politeness on the issue of race.
“You see, on the question of race, Canada usually measures itself against the United States, and what emerges is the image of Canada being polite and nice,” he says. “But politeness is the bare minimum, and it is neutral.”
Stewart says because Blacks have come to accept that we’re not being insulted, we settled for being ignored to the detriment of our youth and our community.
As a result, he says, the face of authority, expertise and influence in Canada… measuring sticks of power…  has not changed since he was a child and does not look like it will anytime soon.
“When we look at institutions such as the courts, the police, CBC and even the national newspaper, Globe and Mail, and do not see ourselves reflected, it impacts negatively on us as individuals and a community,” says Stewart, whose 2009 book, You Must Be a Basketball Player: Rethinking Integration in the University, and the recently released Visitor: My Life In Canada bring a powerful voice to the issue of race relations in Canada.
“When I think of the many opportunities that were denied to my parents and other generations of Blacks (…) also when I think of the 15, 16 and 17-year- olds who are constantly taking in messages of what they can’t do or where they don’t belong, I think it’s my responsibility to add another voice to the narrative.”
Stewart spent 17 years as an associate professor of English at Dalhousie University before moving to Bucknell University in Lewisburg, Pennsylvania, about three years ago.
While at Dalhousie, he was provoked by “the institutional and structural’ bias that kept the faculty of the university overwhelmingly white and stunted opportunities for non-whites that made it in, and wrote You Must Be A Basketball Player.
The book offered him a chance to work through the trauma that comes with the realization that even with three degrees and elevating to what some may consider the highest level of academia, does not necessarily provide the liberation that education is supposed to offer a Black man.
It was also an opportunity for him to chide stereotypical perceptions about Black people, as the title suggests.
Stewart was born in Ottawa to Jamaican parents who made education a self-defense mechanism for their children in a society where Blacks need to be boosted against the debilitating effects of racism.
He earned his undergraduate degree at Guelph University then moved to Queens University for his Masters and PhD, but a significant part of his education came on the first job at Dalhousie where the race issue slapped him in the face.
His challenge now, he says, is to try to fulfill what he sees as his responsibility to give voice to issues that continue to impact the condition of Blacks in Canada.
He doesn’t expect much in the way of significant changes in our absence from the realm of authority, expertise or influence, but he says we have to use our voices on any available forms of media to take a stand, tell our stories and try to see our reflection in society.
Dr. Anthony Stewart will speak at a public lecture – Talking Black to Canada – at McGill University, on Friday, January 16, from 3-5pm, in the ARTS Building-Room W120.
Then on Saturday, January 17, (he will host a book signing at 2-3:30pm at PARAGRAPHE BOOKSTORE (2220 McGill College Ave.)