Skeete wants to change the conversation in Quebec 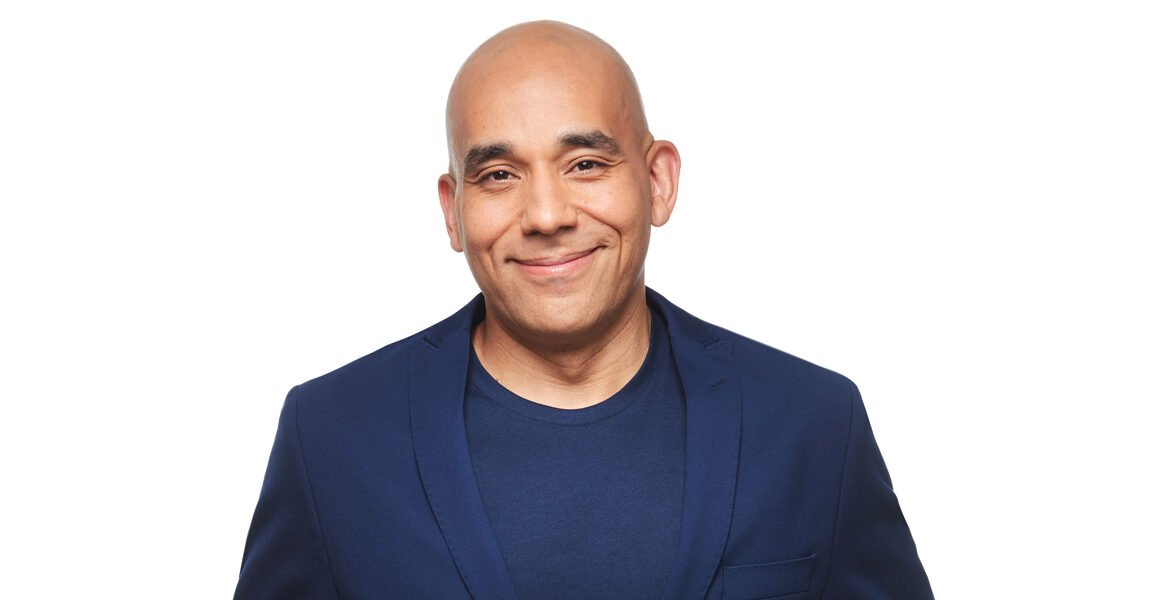 Heaped with the responsibility of maintaining the Secretariat for relations with English-speaking Quebecers as an important link between the Anglophones community and the newly elected Coalition Avenir Québec (CAQ) government, Christopher Skeete feels primed for the job.
“The challenge is for English speakers in the province to see themselves as full-fledged Quebecers,” he says. “After so many decades of acting as saviours of Canada in the struggle between the Liberals and the Parti Quebecois, one federalist, the other separatist, Anglophones have been for the most part disengaged from Quebec.”
That dynamic has changed, he says, with the emergence of the CAQ, now the English-speaking community has an opportunity “to get out of that level of disengagement and take their place in Quebec.
Skeete who is bi-racial (his father is from Trinidad and Tobago and his mother a French Canadian) and fluently bilingual says he always knew that he wanted a different political option f

or himself in Quebec and never bought into what the Liberals or the PQ was offering.
He was a member of the fledgling Action démocratique du Québec, (ADQ) when he first heard Francois Legault’s vision for the province and was so taken by it that he committed himself there and then to helping to promote it.
“He spoke of a Quebec that was beyond the historical duality and bringing an end to the divide,” he remembers. “I could relate because I grew up in a household in which there was a pull between separatism and federalism with me searching for the middle.”
In 2012 he pushed to have the ADQ merge with the CAQ and became one of the founding members of the emerging Coalition Avenir Quebec – Team François Legault. His membership card is Number 505.
Within a year he became the CAQ’s vice-president for western Quebec.
He then set about the business of getting a seat in the national Assembly, running in the two previous elections in the Vimont district in 2012 and Fabre in 2014. On both occasions, he ran a respectable third place before easily winning in St. Rose in the 2018 CAQ sweep.
Two other candidates of African-descent were also successful in the last elections and made it into Legault’s first cabinet.
Lionel Carmant is a pediatric neurologist and lecturer at the Université de Montréal medical school. Before entering the elections, Carmant was director of neurology at the Ste-Justine children’s hospital. He was appointed Junior health and services minister.
And Nadine Girault, a business administrator, easily won the Bertrand riding and was named minster of International relations and the francophonie.
Skeete points to their prominence as evidence of CAQ’s openness and progressiveness  on the  diversity issue, especially with the open criticisms that Legault has been facing because of the party’s position on immigration and the issue of identity politics.
“Also, I think it’s important for me to remind you that the CAQ’s first president was a Black woman, Dominique Anglade,” he says.  We’re the first major political party in Quebec to have had that type of representation and diversity at the leadership level.
(Anglade left the CAQ and later joined the Liberals. She won the St. Henri district in 2015, and between 2016-18 served as minister of Economic Development, Innovation and Export Trade. She was also deputy premier of Quebec.)
The 39-year-old Skeete, who grew up with his mom, a single mother, and brother in Laval, says he’s quite aware of the challenges faced by Black and other minority youth in Quebec.
“I faced it all as a youth – the racism, the slurs… I was called the N-word more times than I can remember, so I get it… But I’m also aware that things are a little better for us than they were 25 years ago.”
He says as Head of the Secretariat he intends to build bridges.
“I think one of the best ways to do so is to deal with the problem of employment.”
Skeete, who graduated from Concordia University with a degree in Political Science, and is currently completing an MBA at Université du Québec à Montréal, talked about connecting the many employers in Quebec who are having difficulties filling vacancies with the hordes of unemployed English-speaking youth who want to work.
“It’s a matter of putting in place a program where they can work and learn French while on the job,” he says. “These are people who have been in Quebec for a long time and have a good understanding of the culture and everything that would make them fit easily into any workforce. All they need is an opportunity to do so.”
Another avenue to stability and growth for a community such as ours, that faces the double-minority stigma, is through access to education.
“Premier Legault is bringing forward a solid education policy that will ensure “‘no child is left behind’ and part of that policy is to ensure even those with learning disabilities are diagnosed by age four and receive the help that’s needed.”
Skeete says he suffered from a learning disability that kept him in school for much longer than his peers but was never diagnosed.
And he is looking forward to being in a position to lend a hand- up to disadvantaged youth because he too was in that position.
He says he is also very proud of his Trinidadian roots, especially the man he was named after, Christopher Clarence Skeete, his grandfather the famed cricketer out of Tunapuna in east Trinidad, who represented his country between 1942 and 1952.
“I don’t know too much about cricket, but I know my grand-dad bowled one of the best googlies,” said Skeete, who played  organized football until he got to Vanier College.
He visited Trinidad as a teenager and thoroughly enjoyed the carnival.
He says his roots as a Black man are important to him because of the overwhelming influence his older brother, Keith, had on him.
“He has never wavered in his pride as a Black man and he exposed me to influences such as Malcolm X and Martin Luther King Jr. early in life. I’m very proud of what I learned from him.”
He says the family recently traced their roots back to Ghana, which opened another pathways of awareness to him.
With politics running deep within his veins, Skeete is excited about the prospect of helping to change the reality for those Quebecers whom he says have been “on the outside for too long.”
He believes that Francois Legault’s commitment to English speakers is genuine and is hoping that it will result in permanent funding for the Secretariat.