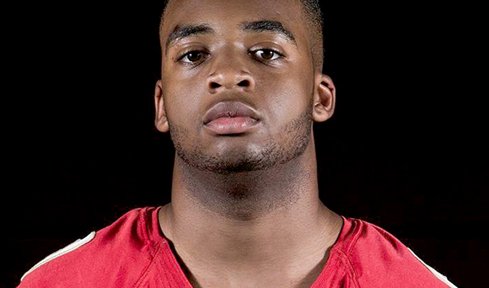 A mother’s anguish. No celebration for Mother’s Day or birthday

On Sunday, May 8, Mother’s Day, Angela Palmer cried more than any other mother should have to. You see, it was exactly a month and a day since she last saw her son, Antoine Jarvis.
The 19-year-old has gone missing since the early morning of April 7, and has not been heard from or seen, despite several intense searches around his home

in the Laval area.
Tuesday, May 10, was another emotionally crippling day for Palmer as she celebrated her birthday for the first time in a long time without a card and loving wishes from her son who, together with his twin sister Shanelle, usually shower her with love.
“My heart

is in pieces,” she told the CONTACT. “I’m living through my worst nightmare… no one should have to go through this.”
She describes her son as warm, loving, kind and thoughtful…
“He appears as a guy who’s confident and has the world at his feet, but he is very shy and introspective,” she says, her tone dripping with love for her child whom she says is a fundamental part of the family.
“We’re all missing him so much… his sister, his father, his grandparents… so much love.”
Antoine is an impressive looking guy, standing at 6” 4” and weighs about 200 pounds. He was last seen wearing a white winter coat. Palmer thinks that by now his afro and beard would have grown significantly.
He was last spotted walking towards Montreal, close to the Lachapelle Bridge in Laval. Then about three weeks ago they received a report that he might have been spotted in the Outremont area.
“As a mother, I know that my son is still alive and someone somewhere must have seen him. I’m begging them to call the police or the Missing Children’s Network. Get back home to us.”
On the morning of April 7, Palmer left home for work a little late, about 8:15 AM, close to two hours later than usual. She wanted her son to have a good breakfast before his doctor’s appointment later that day.
She left him at the table eating and noticed that he appeared a bit sluggish; his sister was still in bed.
Not long after getting to work, she called the house to see how Antoine was doing. His sister answered and told her that he has left. But there was unfinished breakfast still on the table.
Palmer grew worried because it was not Antoine’s “pattern.”
“He would never leave unfinished food on the table; he always cleaned his dishes and put them away. So I was very concerned. I told his sister to start searching for him immediately.”
Concerns were heightened because he had been recently flagged for a mental disorder.
On April 5, Antoine was at the Jewish General Hospital. The doctor he saw was not his usual doctor, but she noticed that he appeared unstable and walked him to the emergency department hoping to have him admitted.
However, the nurses at emergency who had seen Antoine before, suggested that he was OK and allowed him to leave.
Instead, the doctor gave him an injection, which was a change to his usual medication and sent him home.
Unwilling to speculate, Palmer still thinks that the new medication must have had taken a toll on the teenager because on the way home in the taxi, about 10 minutes from his house, he called her saying that he was confused and had no idea where he was.
She directed the taxi driver to the house.
In hindsight, Palmer can’t understand why the doctor didn’t insist on having him checked into the hospital.
“No nineteen-year-old wants to be in a hospital, but I think doctors have to use their authority when they see fit.”
Also, although the police has been on the case from Day One, she is a little frustrated by how slowly they have been, little details such as taking days before tracking his bus pass records and the lengthy delay in accessing in-coming calls to his cell phone.
However, her most troubling thoughts are focused on Antoine who is still out there lost and alone. She has a message to him:
“Come home. Whatever it is we can deal with it at home… doesn’t matter how you feel… doesn’t matter what.”
Anyone who thinks they might have seen Antoine Jarvis or have information about his whereabouts is urged to contact Laval police at 450-662-INFO (4636) or the Missing Children’s Network at 1-888-692-4673.