Papa San knows that music will help those searching for guidance 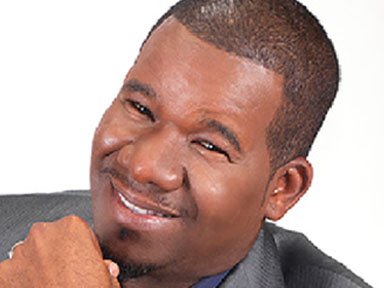 He will be in concert on Sunday, May 28

The way Papa San tells it too many young people have been kept out of the church for too long.
“When they look at the church, they see grandma and grandpa in there, so a lot of them act as though the church was for old people,” he says. “They stay away and go to other places, like clubs, looking for fulfillment. So it’s up to the church to find ways to welcome young people and give them a place.”
And the popular musician, turned minister, is convinced that the way to do so is to use music as a vehicle to attract and keep young people within the Christian fold.
Papa San, born Tyrone Thompson, himself stumbled upon salvation while at the height of a music career that had him at the top of the dancehall reggae world not long after he burst on the scene, winning one of Jamaica’s most prestigious talent competitions when he was about 12-years-old.
By the time he was in his mid-20s his popularity with audiences in the Caribbean, North America, Europe, Africa and Japan was sky high with a string of massive hits such as “The Programme,” “Maddy Maddy Cry,” “Strange,” “Hippity Hop,” “Legal Rights,” “I Will Survive” and “Pray Fi Dem.” He managed to put together over 18 albums and 25 mega singles while on the international circuit.
But his personal life was on a mad spiral, brought on by a number of family crises including the murder of his brother, who was a popular deejay, the accidental death of his sister, and his own legal ups and downs.
In his biographical notes he said spiritual transformation came as he began a spiritual journey by reading the bible.
“The Holy Spirit started ministering to me, saying in my heart, ‘you need to get yourself straight. You have to get yourself right.’”
And it’s that same transformation he looks for in the youth to whom he ministers and in whom he holds unrelenting hope for change.
“I tell them that transformation has to come from their hearts,” he told The CONTACT in a recent telephone interview. “It has to be an inward belief that leads to an outward confession.”
In the course of his spiritual journey, Papa San has talked about receiving Christ in 1997 and experiencing the most powerful force for good that he has ever known, which made all his previous success, accomplishments and acquired wealth irrelevant.
He and his wife Debbie Thompson embarked on that journey together and became ordained ministers.
In 2011 they established their pastoral ministry, Our Fathers Kingdom Ministries International in Sunrise Florida and made it their mission to assist as many as possible find salvation.
Papa San says he uses his music and his ministry to “build up the youth.”
“A lot of them come because of the music, but more than that I put myself in a position where they can talk to me about anything,” he says. “I think that’s very important in helping those who are facing trials and tribulations because you have to build them up and encourage them.”
These days he uses his exceptional writing skills and his massive stage presence towards that end.
His newest album, “Journey”, was recently released and is expected to propel him to solidify his place in the hearts of gospel lovers far and wide. He is also still performing to sold-out audiences around the world.
And he told the CONTACT that it has been a long time since performing here in Montreal, so he is looking forward to sharing his message of “hope and salvation’ with music lovers.
On Sunday, May 28, he will be at Evangel Pentecostal Church, 1235 Lambert-Closse in downtown Montreal, sharing the stage with an impressive line-up of local gospel stars such as Zina Edwards, the Fitzpatrick Sisters, and Janet Lewis. Contact 438-925-8594 for more info. www.tj@tjproductions.ca