Kenzow wins ‘em over with his African rhythms 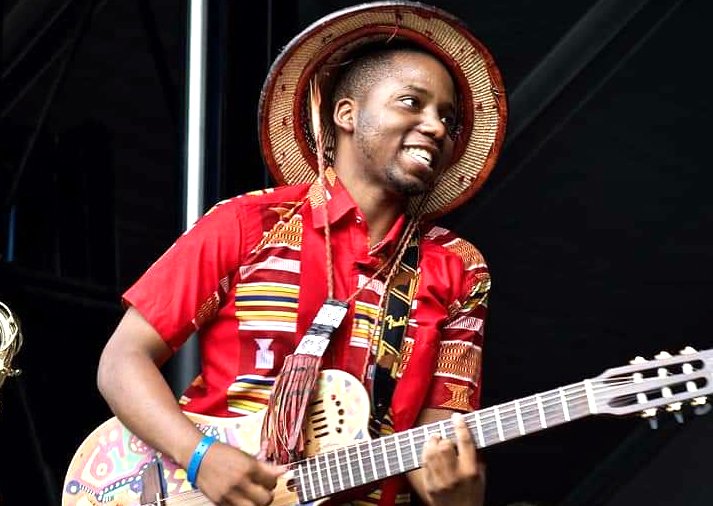 “My only option is success.”
Young, up and coming Montreal Afro-pop Urban Reggae artist Kenzow is resolute as he speaks to the CONTACT about his musical career.
He was born Kenzy Ouedraogo to the famous African producer Idrissa Ouedraogo in Ouagadougou, the capital of Burkina Faso.  He came to Montreal on a soccer scholarship in January 2016, but two semesters in, he sustained an injury that left him unable to play.
While recuperating, he decided to try his hand at playing the guitar to pass the time. He soon became captivated by the instrument and eventually taught himself to play.
“Professor YouTube,” he says with a smile as he describes his self-teaching journey.
After watching many tutorials and practicing he had the chutzpah to take to the streets of Montreal and carved out a spot along the popular St. Catherine Street.
“I started by playing covers of other people’s songs, putting an African twist to them and adding in my own songs,” he says. “With time, people began to recognize me and I began to make money on the streets and in metro stations.”
He took it further by using his social media to launch his professional music career. As a result of posting his music on social media, Kenzow soon developed a fan base in the city.
He had his first show in late 2017 and managed to attract an audience of about a hundred people; it was at this point that he recognized the blessing behind his soccer injury.
He was determined to make 2018 his breakout year. So in March, he released his debut song and video, Makemba, which was well received and became a springboard to launch him from the streets onto other platforms.
He participated in the Syli D’or competition, organized by the Festival Nuit d’Afrique; he was third runner-up. This helped to open doors for him at Radio Canada, along with performances on bigger stages in Montreal and Toronto.
Kenzow’s hard work was further recognized when he was recently nominated by the Gala Dynasty in the category of Best Artist of 2018.
“The nomination was a surprise for me, but I am happy because I want to go far in this industry.”
Ouedraogo also says that he has found great support from community radio and smaller platforms, but the challenge has been going national.
“In Quebec, when it comes to getting spins on national radio, if you aren’t from Quebec, singing in French, its nearly impossible to get played on the radio here.“
Kenzow remarks on the struggles to get airplay.
Despite the bureaucracy he knows quitting is not an option. Thoughts of his family back in Burkina Faso push him to work hard to achieve his dream.
Ultimately, Kenzow seeks to unite people with his music; he doesn’t make music for a particular demographic, but instead wants to spread a vibe love and good times to be enjoyed by all.
He can be found online on
Facebook @coachkenzow
YouTube @kenzow
Spotify @kenzow