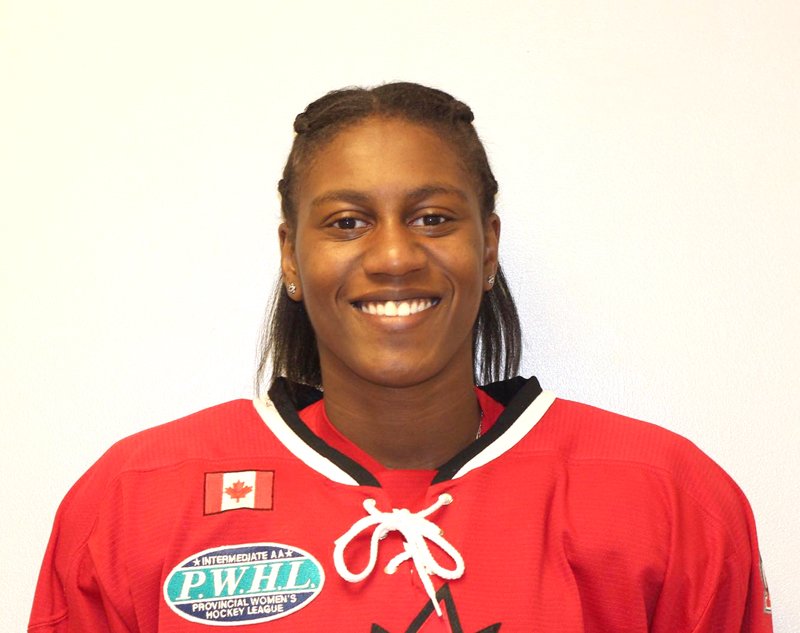 Jada Burke is blazing a trail of excellence as she leaves Mother Teresa High School in Barrhaven, Ottawa.
In addition to copping several major academic awards, the 17 year old, who participated in the   Provincial Women’s Hockey  League, as a power forward,  has earned a scholarship to the  prestigious Lindenwood University in Missouri where she will play in the  NCAA Division 1 for the 2018-19 season.
Jada, who is the daughter of  Eton and Sharyn Burke and sister of Jaren Burke who was featured in the pages of the CONTACT after he received a scholarship to attend the prestigious RPI  University (Rensselaer Polytechnic Institute,) in Troy last year.
Her uncle Edmund Burke is a long-standing Montrealer with a passion for sports and community activities.
Jada leaves Mother Teresa High as a holder of the Ontario Scholar with Distinction award, as well as the Director of Education Academic Award and with  the distinction of earning 100 percent in Mathematics (Functions and Relations.)
Jada will  study Sports Medicine at Lindenwood University.