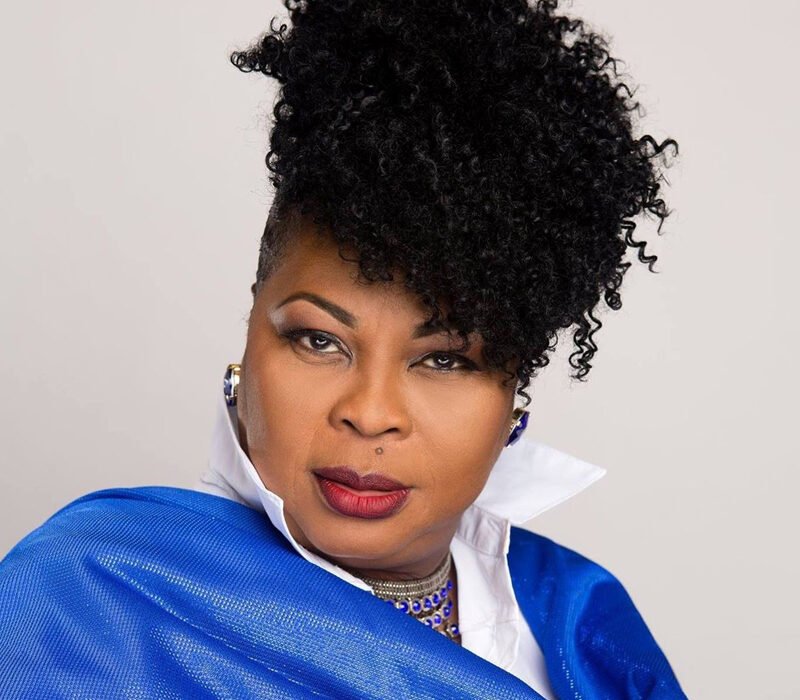 House of Prayer for All Nations Banquet 2018

To commemorate her 20 years in ministry, Bridget Blucher recently launched a new CD project to celebrate the many doors God has opened for her over the years. She says it is a thanksgiving and testament to how far she has come by faith.
Evangelist Bridget Blucher whose hits include ‘Fugitive’, ‘Lift up Jesus’, ‘I’m still here’ and ‘In his presence’ will be in Montreal on November 10 to minister at the House of Prayer for All Nations annual banquet.
Blucher told The CONTACT in a recent interview that she wants “to reach and touch all individuals because it is the commission Christ gave his disciples” – that they should go into all of Earth and share the good news.
She also shares that this particular CD project has “a special mandate to not only reach and touch lives with her music, but with the Love of God through missions.”
With so many countries being devastated by floods and violent storms, Evangelist Blucher has been on a mission to visit, minister in song, and provide help and relief to those affected.
The St. Vincent and Grenadines-born songstress has been to the US Virgin Islands and Barbuda, and to Dominica, after the destruction of Hurricanes Irma and Maria last summer, and was touched by the stories of the survivors and farmers who have lost their livelihood and everything.
Blucher says her mission was to encourage and remind those afflicted that “God is still God and in control.”
She says although sometimes difficult to bare, these are the events that have motivated her to do more. “In the midst of mixed emotions, in the face of lives turned upside down, families under pressure and lives lost.”
Moved by compassion, she is fulfilling the mandate to preach the gospel and reach people, but most importantly to minister to each one as an individual.
Recounting the free flow of emotions that came with those trips, Blucher says, “I’ve seen people who have lost everything so I send barrels of supplies, food, toys and offer free concerts to help raise funds to build rebuild cities.”
She says: “This is now, where my heart is.”
The compassionate Minister added that “we are God’s hands and feet… so I will give in every way I can to help rebuild the islands.”
As a result of this drive to assist, Minister Blucher has been reaching out to the youth like never before, awarding four students in St. Vincent scholarships and equipping some others with laptops.
She says she plans to bless 10 more students with laptops, which will be made possible in part due to this new CD, entitled Colors of Praise.
The CD will feature new songs such as ‘You Never Let Me Go’ written by Blucher, as well as  ‘Listen While You Still Can Hear’, ‘Miracle Worker’ and ‘No Longer A Slave To Fear’, one of her   favorites.
In addition, a special song entitled ‘I Made It Through’ dedicated to those recovering from hurricane devastations and losses will also be available on the album.
Evangelist Blucher emphasised that now more than ever, we need to embrace fellowship because tomorrow is not promised, and encourages us to take time for each other while we have the time.
Event organizers are encouraging Montrealers to be at the Banquet on November 10 to show Evangelist Bridget some love while supporting relief efforts on the islands. Her new CD ‘Colors of Praise’ along with some printed T-shirts will be on sale to raise funds.
Another highlight of the night will be the recognition of a local spiritual leader, Pastor Jasmine Eastmond, who will be honoured with a Community IMPACT and EXCELLENCE Award.
The House of Prayer for All Nations Banquet on November 10 at the Town of Mount Royal Hall, 90 Roosevelt ave. Doors open at 5:30. The event will begin at 6:00 PM. Tickets are $60 for an adult and $70 for a child (ages 6-12) accompanied by an adult. A limited number will be available at the door. The event includes a catered multi course meal with local entertainment. Info at: 514-341-4901, 514-466-0844.