Dany Laferriere in the spotlight at Vision 2015 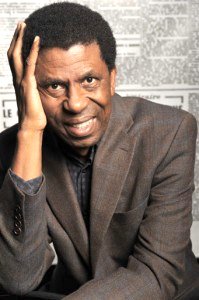 ian novelist Dany Laferriere will be celebrated at Black Theatre Workshop’s annual Vision Celebration Gala Fundraiser.
The event, a celebration of Black art and artists in Canada, which serves the unofficial kickoff to Black History Month in Montreal, will take place Saturday, Jan. 31 at La Plaza Centre-Ville.
On hand to host the soiree will be Fabienne Colas, manager of the Montreal International Black Film Festival, and Quincy Armorer, the Black Theatre Workshop’s artistic director.
Laferriere is this year’s recipient of the Dr. Martin Luther King Jr. Achievement Award, which is given to someone who has devoted significant time and effort to the development of Black performing arts in Canada.
Born in Haiti, Laferriere grew up during the Duvalier regime. He became a journalist and worked in broadcast until the late 70s, when he immigrated to Canada after a close colleague was murdered.
He settled in Montreal and worked in factories while continuing to write. His first novel, Comment faire l’amour avec un Nègre sans se fatiguer, was released in 1985 and chronicled the life of a Haitian writer in Montreal and his sexual exploits, mostly involving white women. A study of sexual politics, the book was released in 1985 and was a surprise commercial success, leading to an English translation (How to Make Love to a Negro Without Getting Tired) and even a feature film, which hit the big screen in 1990.
Since then Laferriere has written no less than 15 novels, many of which have been translated into numerous other languages, a poetry anthology and newspaper articles.
In 2013, he became the first Haitian and first Canadian to be elected to the Academie Francaise, a body established in the 17th century that oversees all matters pertaining to the French language. Many members of the French writing establishment are also members, including Voltaire, Jean-Jacques Rousseau, Jean-Paul Sartre and Moliere.
Past recipients of the Dr. Martin Luther King Jr. Achievement Award include dancer and teacher Ethel Bruneau, TV and film star Tonya Lee Williams, musician Gregory Charles, and dancer Zab Maboungou.
Also among the honourees at this year’s gathering are actor Jaa Smith-Johnson, a graduate of the Dawson College theatre program who appeared in the latest X-Men film and has a recurring role on the English version of television police drama 19-2. Smith-Johnson will receive the Gloria-Mitchell Aleong Award for Artistic Achievement.
And father-daughter duo Noel Alexander and Noella Alexander-Young will also receive awards; the former will be this year’s Dr. Clarence Bayne Community Service Award recipient and the latter is the winner of the Victor Phillips Award for Artistic and Academic Achievement.
Proceeds from the event will go towards funding Black Theatre Workshop’s upcoming 44th season, which includes including their mainstage productions, artist mentorship program and Black History Month School Tour.
The 29th Annual Vision Celebration Gala Fundraiser will be held at La Plaza Centre-Ville, 777 University St., Jan. 31, 2015. Cocktails begin at 5:30 p.m., dinner starts at 6:30 p.m. Tickets cost $125 per person and can be purchased by calling 514-932-1104 ext. 228 or emailing vision@blacktheatreworkshop.ca. 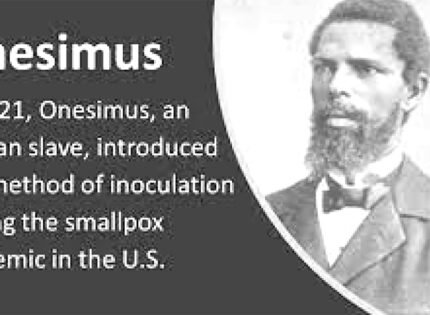 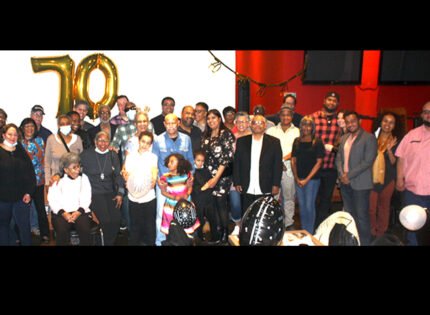