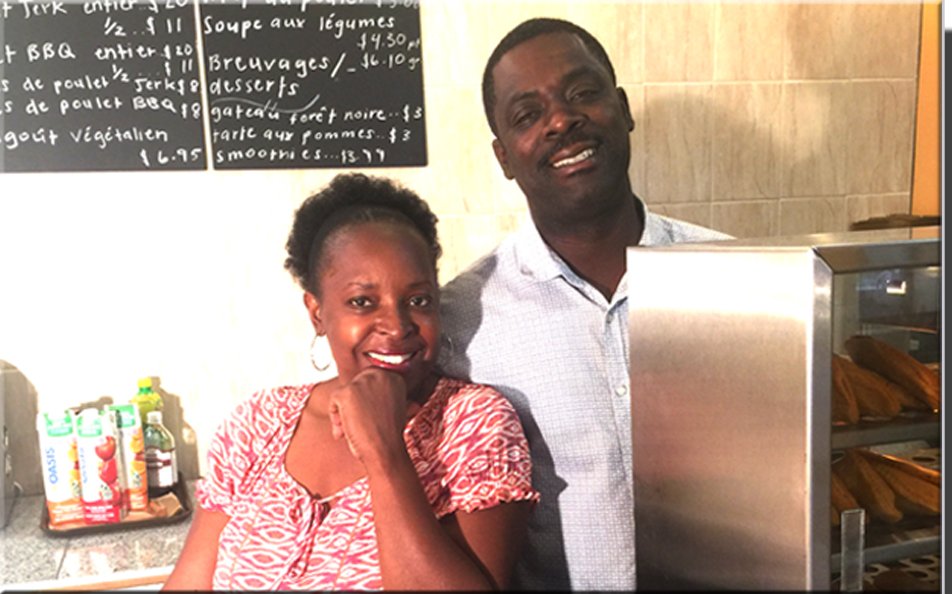 When Peter Francis opened Caribe Patties on the western edge of Ville St. Pierre a few months ago, he was well aware of the challenges that come with selling food to Montrealers. But he says he also knows that success depends on his ability to convince the community of their role in helping to nurture and sustain businesses.
“We have to stop being so random in the choices we make when it comes to the food we’re consuming and the business we’re supporting, he says. “We have to be more strategic in helping to build businesses that will contribute towards the development of our community. Our food must be equated with our heritage and our community.”
Francis, a former communication expert and long-standing entrepreneur entered Montreal’s already crowded Jamaican pattie market with a plan to build a distribution network based in this city and reaching across Canada and the U.S, selling not only patties but also a selection of juices and spices.
He says he wants to build on an initiative started by his uncle Charles Mariott, who had a thriving pattie business on Sherbrooke Street in NDG as early as the 1970s.
Francis currently makes and sells a variety of patties at his restaurant at 410 St. Jacques Street and says he’s reaching out to lovers of the Jamaican delicacy with a product that’s tasty and with top-class service.
“We have to start to develop a partnership between businesses and community,” is the way he sees it. “For those of us in the food industry, we have to meet our responsibility by providing food that is of the highest quality and nice tasting with good service, while members of the community have to commit themselves to be consistent in their support.”
Francis says there’s already widespread acceptance and enjoyment of Caribbean foods such as jerk chicken and patties in our community. It’s up to us to make them part of our regular routine.
“So instead of instinctively going for that hamburger or the sugary treats, we have to make a habit of enjoying the foods that can be categorized as ours.”
“It also helps if we start thinking locally and support those businesses that are close to us because they are the ones that are most likely to hire our kids or serve as mentors to aspiring entrepreneurs in our community.”
Francis opened Caribe Patties this past June after its initial launch a few months earlier as a family-owned and operated retail/wholesale outlet for Jamaican patties. He also hopes to use the expanded space as a gathering place for socials and other family and community get-togethers.
Caribe Pattie 410 St. Jacques, Montreal. 514 . 387 4004 or caribepattie.com