Advertise with Us
Home News Community News Black candidates in the fray for Nov. 5 election

Black candidates in the fray for Nov. 5 election 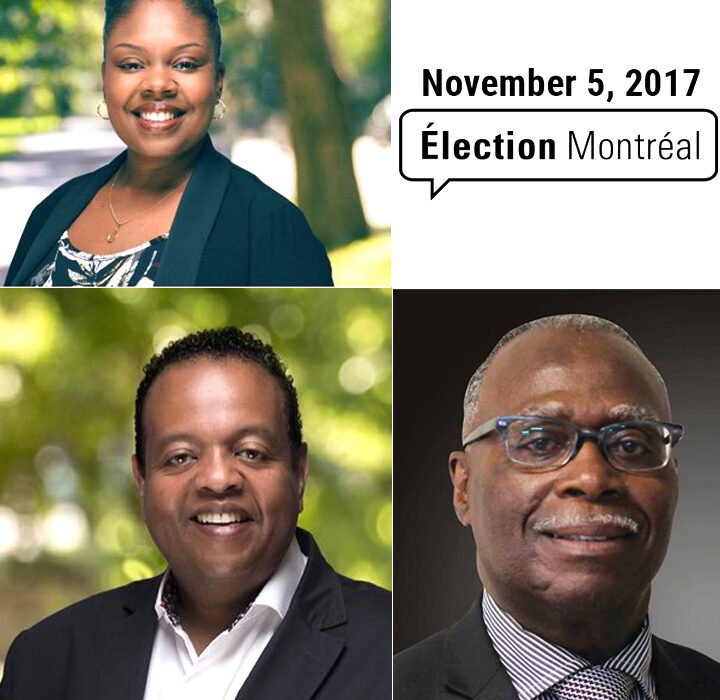 For decades, Blacks have been relatively absent from municipal politics in the city of Montreal. As such, Franz Benjamin representing Montreal North stands today as the only Black person at City Hall, among the 65 city councilors.
This year, a few high profile members of our community representing the three major municipal parties will try to up that number from one after the November 5 elections.
Tiffany Calender, long-serving executive director of the Cote des Neiges Black Community Association might be the most recognizable. She is running for Team Coderre in the Cote des Neiges district and is expected to pose a stiff challenge to Magda Popeanu, former president of the opposition Projet Montreal.
On September 28, at the opening of the borough office, Callender told the packed hall at 6570 Cote De Neiges Road that as a mother of three children she is happy to be part of a team that has policies to accommodate and benefit women and children.
And she assured her constituents and the many visible minorities in the district that she will be a voice for them.
“Now I’m going to work very hard as I did for the last ten years in CDN to give us a strong voice in city council.”
Gabriel Retta, running in the Loyola District for Team Coderre, is also another familiar name in the community. He is a former political attaché for Marlene Jennings, former Member of Parliament for Notre dame de Grace.
On Saturday, September 23, more than 200 Montrealers jammed the Sherbrooke Street office as he launched his campaign with speeches by Jennings and borough mayor Russell Copeman.
Retta worked extensively with the provincial government before assuming a position at City Hall, where he now works. He will be running against Jeremy Searle and another well-known member of our community, Keeton Clarke.
Clarke, a Kittitian (from St. Kitts-Nevis) is a long-serving community worker who has been advocating on behalf of our community for various issues relating to human rights and social justice. He runs for Coalition Montreal in Loyola.
In the districts around Montreal North several young Black candidates are positioning themselves to bring some community representation to City Hall.
Four of them, including mayoral candidate Balarama Holness, a former CFL player and an academic are among the ranks of Projet Montreal in the district. The others are Stephanie Casimir, Anastasia Marcelin and Sasha Wilky-Merazil.
Other Black candidates on the slate include Nora Chenier Jones, Daphney Colin and Jean Edey Jr. Desire.
Community CONTACT will profile many of the minority candidates, political parties and the issues in the Nov. 5 Municipal elections in our October 18 Issue.