Much at stake with a Bill 101 remake

Quebec, the only province in Canada where French remains the sole official language, is once again poised on the brink of another language war.

Anglophones in and out the province don’t really want a war, but this time the language the issue has definitely gone too far.
A series of studies conducted by Quebec’s language watchdog, Office de la Langue Francaise, found that the language is in decline, and in an unsurpassed endeavor to combat this seeming setback the Quebec government introduced major changes to its language laws.
On May 13, at 10.00 a.m. in the National Assembly Bill 96, a 100 page, 200 articles legislation termed “An Act Respecting French, the Official and Common Language of Quebec,” was tabled by Simon Jolin-Barrette, the provincial minister responsible for languages.
“This bill affirms that the only official language in Quebec is French,” he said as he tabled the bill. “It also affirms that French is the common language of the Quebec nation.”

Minister Simon Jolin-Barrette is best remembered for having bulldozed the contentious secularism law, Bill 21, through the National Assembly in 2019. Bill 96 would be the toughest law aimed at fostering the French language in Quebec since Bill 101 passed in 1977.
Looking Aghast at the past
In 1974, under the leadership of Premier Robert Bourassa, the Quebec Liberal Party brought in Bill 22, which made French the official language of the province.
In 1976, the Parti Quebecois was elected for the first time and in 1977, the party introduced Bill 101, also known as the Charter of the French Language.

It was proposed by psychiatrist Camille Laurin, the then Minister of Cultural Development, who claimed the Anglos needed “shock therapy” en français, as the bill passed into law on
August 26, 1977.
The intended purpose of the Bill was to make French the commonly used language of Quebec. It was hoped that this would allow for more Francophones to take up management roles in the province.
Notwithstanding the fact, that 85 per cent of Quebecers spoke French at the time, senior positions were mainly held by English-speakers, as the language of management was English in most medium and large businesses.
Many historians still claim that The Charter came into play as a means of dealing with the vexatious issue of language in the province; an issue that began with the Conquest of 1760, when Britain acquired parts of New France at the end of the Seven Years War. English-speaking merchants, who formed a minority in New France, soon took control of the economy and for the next 200 years would seek to impose their will on the French-speaking majority.

Following its passage, Bill 101 was met for years with opposition especially from Quebec’s Anglophones, and its existence has been fraught with one court battle after another, lunatic legal exchanges, and a continuous exodus of businesses and individuals valuing sanity over sympathy. Yes, Quebec’s pain was quickly converted into Ontario’s gain as hundreds of thousands fled 101 on the 401, bringing head offices, smoked meat and the Anglo “joy of living” to Toronto.
The exodus not only wounded the Anglo community,— but it also hurt the PQ, which lost two narrow referendums. This was in part due to the fact that a new generation of post-Bill 101 francophones felt more confident in a French Quebec — and saw no need to separate.
In 1976, only eight per cent of Quebec Anglophones went to school in French; now nearly 30 per cent do. Before Bill 101, immigrants were more likely to speak English at home now its education provisions helped change that.
Nearly 95 per cent of the province can now carry on a conversation in French.
The Premier of Quebec Francois Legault runs the risk of capsizing hard-won, well-deserved linguistic peace, as the Bill proposes a vertiginous array of changes to schools, businesses, courts, municipal governments and, yes, even the Canadian Constitution.
Among the changes are:

* At the learning level the language bill would limit the proportion of students in English CEGEPs to 17.5 per cent of the overall student population. The provincial government said it believes such changes are necessary since enrolment in French CEGEPs has steadily declined over the last 25 years, as data reveals an increasing number of Francophones study at English CEGEPs

* The creation of a French Language Ministry and the position of French-language Commissioner, in addition to bolstering the role of the French-language watchdog— the Office Québécois de la Langue Française (OQLF)

Applying Bill 101 to businesses with 25-49 employees and federal workplaces.
Forcing all commercial signage that includes non-French-language trademarks to include a “predominant” amount of French on all signs.
Bill 96 has been disappointing on all fronts. At the time of election, when asked on language, Premier Legault repeatedly stated that he did not want to reopen Bill101, and he wanted his legacy to be one of business growth.
In answer to the following question: “Are you proposing the status quo on language?”
The Premier answered, “I will not give you any less nor any more than the Liberal Party. The priority is not language. That’s why I have no intention of changing the current situation. I want us to focus on the economy, education and health care. It’s good for Anglophones. It’s good for Francophones. It’s good for everybody.”

Just two and a half years later and recall has seemingly evaded the Premier. Another point of equally troubling concern is that the Premier has said over and over that Quebec’s economy is not sustainable without foreign investment.
It is beyond basic cognition as to why political leaders fail to understand that our language laws are hindering foreign investment. No forward- thinking company will even entertain the thought of investing in Quebec, if their executives are unable to send their children to the schools of their choosing, and if they have to spend exorbitant amounts of money towards compliance with Quebec’s corporate regulations.
From an Anglophone stance, the held-belief is that there is absolutely no threat to the French today, if there ever was. In 2019 figures from the Office de la langue francaise demonstrated that some 90% of businesses in downtown Montreal serve customers in French.
Bill 96 is nothing more than the Parti Quebecois making a last ditch effort at relevancy, on the underlying premise that time’s up for the linguistic peace we have been enjoying. It is meant to generate once again the politics of variance and at the lowest common denominator upon which the separatists have constructed so much of their political edifice.

Once again the false apparition of fear of the “other” will rear its ugly head, along with the bogus demon of “assimilation”. The new bill pre-emptively invokes the notwithstanding clause of the Canadian Charter of Rights and Freedoms to protect it from legal challenges.
The notwithstanding clause allows the federal government or a provincial legislature to enact legislation to override several sections of the charter that deal with fundamental freedoms, legal rights and equality rights. The clause has been invoked more than 15 times, mostly in Quebec.

On a secondary thought, how does Quebec intend to expand Bill 101 into areas of federal jurisdiction? Does the government really think the banks, for example, will stand for it? The financial industry with a flotilla of lawyers will tie Quebec up for years in the legal system, and win in the end, and at a costly price for Quebec’s taxpayers, who will indirectly pay the millions incurred by Quebec’s legal bills?
Additionally, communications also falls under federal jurisdiction. How would English media like CTV and CJAD be affected? Even Bill 101 guaranteed respect for, “English culture and institutions.”
Is that promise also now to be broken?

The devil is contained in the details of Bill 96, and although Anglophones are tired of fighting, the message is clear: Have no fear———-We are prepared this time to fight for our rights until the Legault government sees the light. 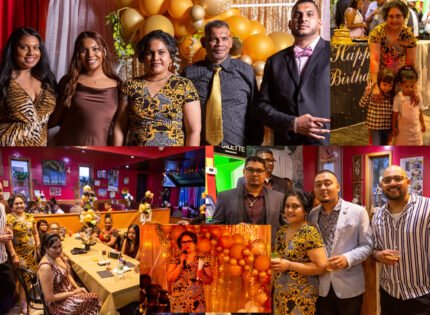